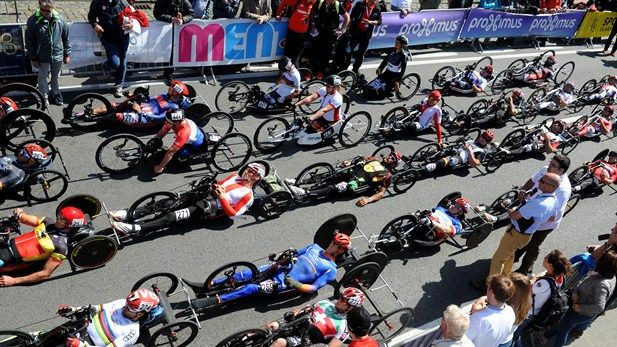 Ostend is set to stage the opening round of the International Cycling Union (UCI) Para-cycling Road World Cup season.

The Belgian city will welcome athletes from 38 nations for the event due to start tomorrow and finish on Sunday (May 6).

Individual time trial competitions will provide the focus of the opening two days of the World Cup event.

Road races are then scheduled to be held on Saturday and Sunday (May 5 and May 6).

The World Cup event is scheduled to draw to a close with the team relay competition.

Ostend is hosting the opening round of the World Cup season for the first time, having previously held the second event in 2016 and 2017.

The second World Cup this year is due to take place at Emmen in The Netherlands on July 6 to 8.

The venue will stage the 2019 Para-cycling Road World Championships and will view the World Cup as an opportunity to assess their preparations.

Baie-Comeau in Canada will host the concluding event of the three round World Cup from August 15 to 19.

It is the first time since 2012 the venue has been included on the World Cup circuit.

Baie-Comeau has staged the Para-cycling Road World Championships on two occasions, first doing so in 2010.

The Canadian venue hosted the event again in 2013.