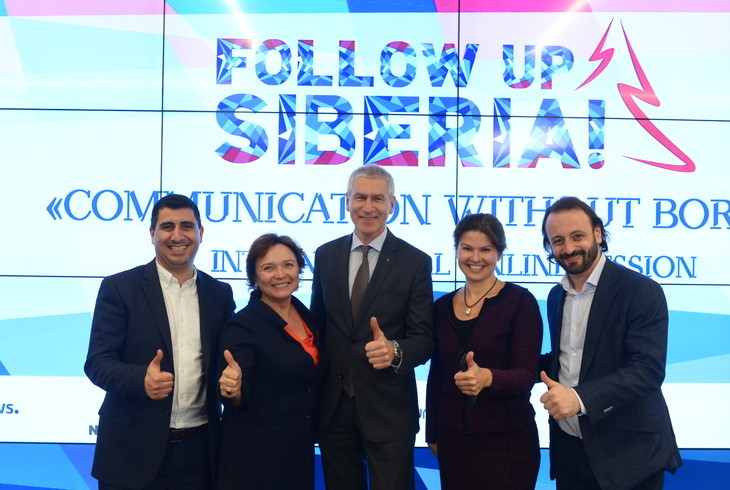 Organisers of the 2019 Winter Universiade in Krasnoyarsk have announced that they have launched a competition called "Follow Up Siberia: Communication Without Borders".

The competition will see foreigners compete for a trip to Krasnoyarsk 2019 by uploading a three-minute video or a series of photos to their Facebook, YouTube, Instagram or Weibo accounts on the topic "The Corner of Siberia in My City" with the hashtag #FOLLOWUPSIBERIA

The videos and photos will reflect the users’ ideas about Siberia.

There is also a similar competition for Russians, who will be required to upload a video or series of photos on Facebook, YouTube, Instagram of VKontakte entitled “Siberia is My Love” with the same #FOLLOWUPSIBERIA hashtag.

These videos and photos will show the contestants’ love for Siberia and their knowledge of the sites and landmarks of the region.

The contest is due to be held from now until February 2019 and will consist of four phases with ten winners being selected from each phase.

Five of the competition winners will be selected by the competition’s organisers with the top five most ‘liked’ posts determining the remaining five winners.

The 10 competition winners will then be given the opportunity to go on a tour of a Siberian city with the prize package including flights, accommodation, meals and a cultural programme.

The winners of each of the four selection phases will be given the chance to visit Krasnoyarsk during the 2019 Winter Universiade, held from March 2 to 12 next year.

"There are quite a few stereotypes about Siberia abroad, and we want to show people the real image of the region," he said.

"The Winter Universiade 2019 is an excellent occasion to show what Siberia really is, what Krasnoyarsk really looks like.

"Many foreigners do not know that the Krasnoyarsk region is a large area with an interesting history and diverse culture.

"One more stereotype is that people here are cold and stern, but this is completely untrue.

"The Games give us an opportunity to show the whole world how hospitable Siberia is.

"Siberia is a place of strength, natural energy, and a centre for people’s attention."

The rules for the competition can be found here [in Russian].