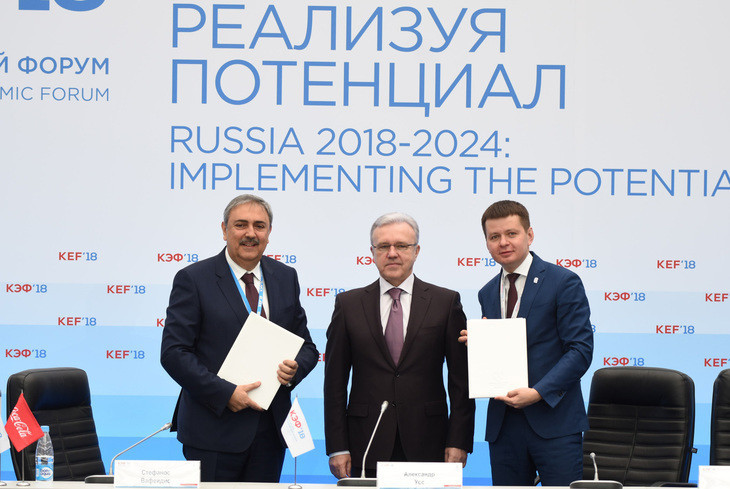 The organisers of the Krasnoyarsk 2019 Winter Universiade have announced that Coca-Cola will donate 65 million rubles (£737,000/$1 million/€850,000) to Games preparations.

Alongside the investment, the agreement will see the Coca-Cola company become the official soft drink supplier at the Games, providing attendees with branded beverages including Coca-Cola, Sprite, Fanta and BonAqua.

In accordance with International University Sports Federation (FISU) requirements, beverages will also be provided to referees, volunteers and accredited journalists at the Games, due to take place between March 2 and 12.

Coca-Cola have been involved in Russian sport for a long time and are an official partner of both the Russian Football Union and the Russian national football team.

They will also a sponsor of the 2013 Summer Universiade in Kazan.

Urazov expressed his delight at having a leading brand on board for the Games.

"Coca-Cola is one of the market leaders and a long-time partner of international sporting events," he said.

"An important task in the preparation for the 2019 Winter Universiade is the creation of comfortable conditions for guests.

"This agreement will make sure that is the case."

Vafidis added: "For us, it is a great honour to enter a partnership with such an important sporting event such as the 2019 Winter Universiade.

"One of our factories is located in Krasnoyarsk, which gives us the opportunity to respond promptly to changes in the delivery of beverages to guests."