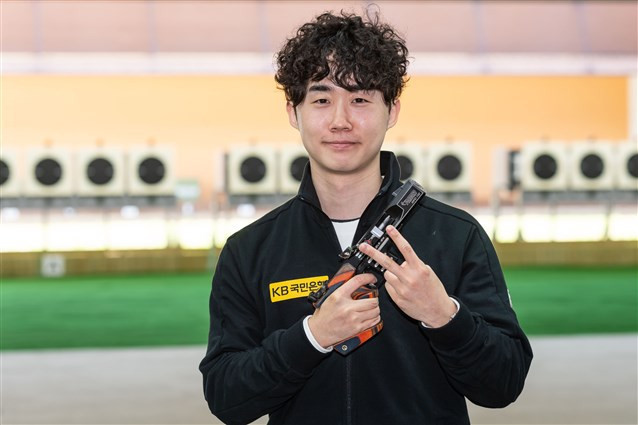 The 27-year-old, from host nation South Korea, was in control of the event from the start and eventually finished on a world record-breaking total of 38 after shooting clean in each of his last four rounds at the target.

Following his victory, Kim said: “It feels great to win this gold on my home turf, it has been a great match in a great atmosphere.

“I had been far from the podium for so long, but now I am working on it.

“In September, I will be competing here in Changwon to defend my world title.

“I am not at my best conditions yet, but I am working hard to prepare for the Championship.”

Olympic champion Christian Reitz of Germany finished second on 34 points with compatriot Oliver Geis, a 2015 European Games gold medallist, rounding off the podium thanks to a points total of 29.

Ji had to settle for silver after shooting for just 9.9 and 9.4 her in her last two shots, giving her an overall total of 241.2.

Serbia's Zorana Arunovic was some way back in third with 219.2 points to her name.

Slovakia emerged triumphant in the trap mixed team competition after Rehak Stefecekova and Erik Varga shot for a total of 41 points, putting them ahead of Australian duo Penny Smith and Jack Wallace, who scored 38, and Kuwait's Sarah Alhawal and Khaled Almudhaf, who scored 29, respectively.