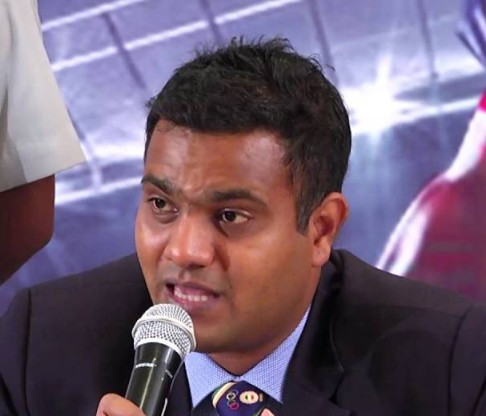 India's Namdev Shirgaonkar, among officials warned by the Commonwealth Games Federation (CGF) after two athletes were sent home from Gold Coast 2018 for breaching a strict no needle policy, is planning to continue his fight to clear his name.

The Indian Olympic Association (IOA) have claimed they have no plans to protest against the decision to take action against the athletes but will continue to try to clear the name of the officials, particularly Shirgaonkar.

"Indian officials mentioned in the decision are in no way a party to this incident as they have taken all the necessary steps in ensuring compliance to the no-needle policy," Sisodia said.

"It is unfortunate that the CGF court reprimanded the Indian officials who had made every attempt to ensure athletes fell in line with the CGF’s ‘no needle policy'," he said in a statement.

"While IOA will further investigate into those athletes who were found with needles in the Games Village, we stand by our officials’ request to the CGF to review its decision."

The incident marked the second breach of the CGF’s no-needle policy by the Indian team at Gold Coast 2018.

India were also officially warned about their use of needles by the CGF at the 2014 Commonwealth Games in Glasgow.

Similar suspicions were aroused during the 2016 Olympic Games in Rio de Janeiro.

The decision to send the athletes home meant that Babu missed the final of the triple jump on April 14, the last day of competition at the Carrara Stadium.

Thodi had already competed, finishing 13th in the 20 kilometres walk.

A third athlete implicated in the incident, weightlifter Vikas Thakur was cleared of having done anything wrong.