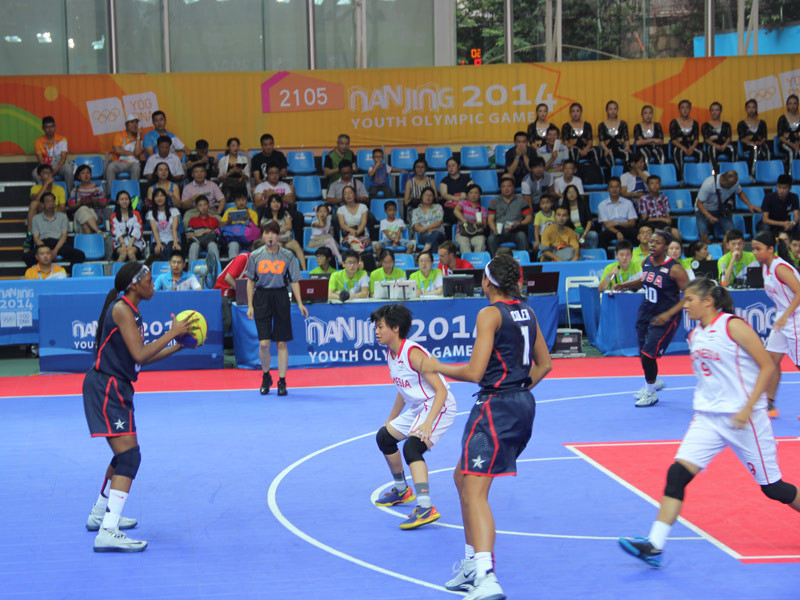 USA Basketball has selected the winning teams its Under-18 National Championships to represent it at this year's Summer Youth Olympic Games in Buenos Aires.

The 2018 USA 3x3 U18 National Championships were held last month at the United States Olympic Training Center in Colorado Springs and served as trials for Buenos Aires 2018, due to take place between October 6 and 18.

Team Quest women won the tournament title with a 7-0 record, while the Team Quest men earned vitory with an 8-0 mark.

Three of four athletes on the women’s team and all four on the men’s team have participated in at least one previous USA Basketball camp.

Brunelle was a member of the US team that won the silver medals in the 2016 International Basketball Federation Under-17 Women’s Basketball World Cup in Spain.

McCaffery was selected by USA Basketball to participate in the 2018 National Collegiate Athletic Association Next Generation event last month and McCorkle participated in the 2016 USA junior national team minicamp in October.

Although 3x3 has its origins in America, the US men has so far failed to win a medal in the sport's two appearances in the Summer Youth Olympic Games.

They finished fourth on their only appearance at Singapore 2010 when Serbia won the gold medal.

At Nanjing four years ago Lithuania won the gold medal as the US missed the tournament.

The women have been more successful, winning a bronze at Singapore 2010 and then the gold at Nanjing 2014 when they beat The Netherlands 19-10 in the final.

The appearance of 3x3 at Buenos Aires 2018 will have added significance this year as the sport is due to make its debut on the full Olympic programme at Tokyo 2020.