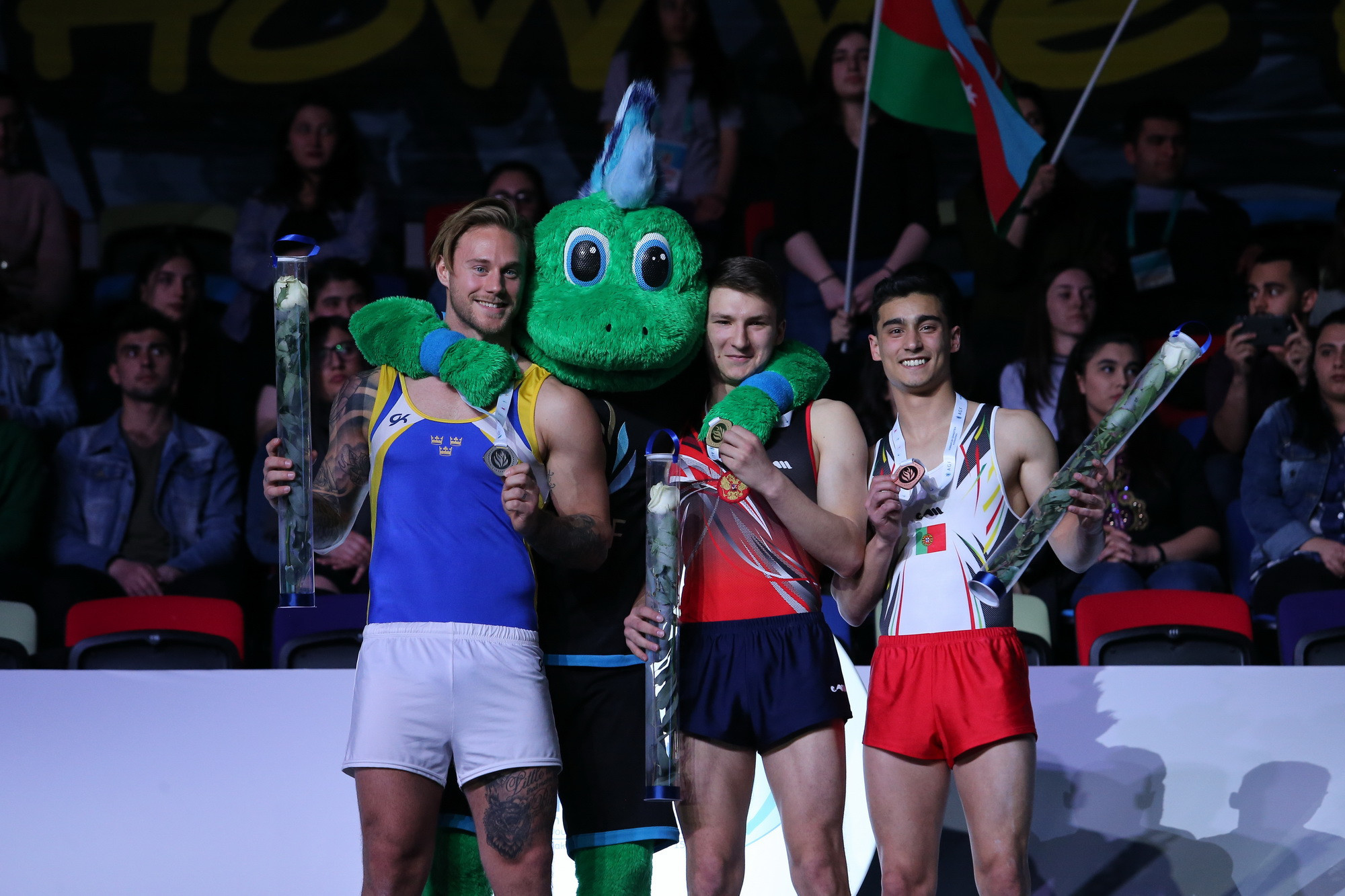 The National Gymnastics Arena in Baku was in uproar today as home gymnast Mikhail Malkin earned victory in the tumbling section as the European Championships in Trampoline, Double Mini-Trampoline and Tumbling came to an end.

With his spectacular series he scored 77.400 points to overtake Rasmus Steffensen of Denmark, who finished on 77.000, ahead of Russia's Vadim Afanasyev finishing in third place on a total of 76.300.

In women’s tumbling Britain's Lucie Colebeck won the individual title with 70.200 points ahead of team-mate Megan Kealy, who scored 69,500, and Viktoriia Danilenko of Russia who was awarded 69,200.

Britain’s Jaydon Paddock held off a challenge by Portugal’s Diogo Vilela and Russia’s Arsenii Stepanian to win the junior title, while the women’s junior title went to Russia’s Diana Bratkova, with silver and bronze going to Britain’s Jessica Brain and Kaitlin Lafferty.

These 26th Championships - due next to take place in Gothenburg in 2020 - have been particularly important for the trampolinists as they are the qualifying event for both the 2018 Summer Youth Olympic Games in Buenos Aires and the 2019 European Games in Minsk.

Last performer, Russia's Yana Pavlova, overtook the entire field to win the individual women’s trampoline title with 56.285 points, confirming the same order on the podium as two years ago in Valladolid, with Hanna Hancharova of Belarus taking the silver medal on 54.955 and Britain’s Kat Driscoll bronze with 54.840.

Our gymnasts have won 10 medals on the final day of the 2018 Trampoline, Tumbling & DMT European Championships in Baku 🇬🇧🙌

Read all about it 👉 https://t.co/yeNgJ1t3Tz #gymnastics

In the men’s individual competition Portugal’s Diogo Ganchinho claimed the title he has been dreaming of for a long time with 60.130 points.

His team-mates honoured him by singing the national anthem at the top of their lungs.

Mikita Ilyinyikh of Belarus made a successful transition to the senior level as he claimed the silver medal with 59.365 points.

Katsiaryna Yarshova and Aliaksandra Staliarova of Belarus went 1-2 in the girls’ competition, while Ivan Litvinoch returned home with the gold in the boys’ category.

There was a big upset in the double mini-trampoline when European and world champion Mikhail Zalomin was off on his second pass, dropping him to fifth place.

The title went to his team-mate Vasili Makarski.