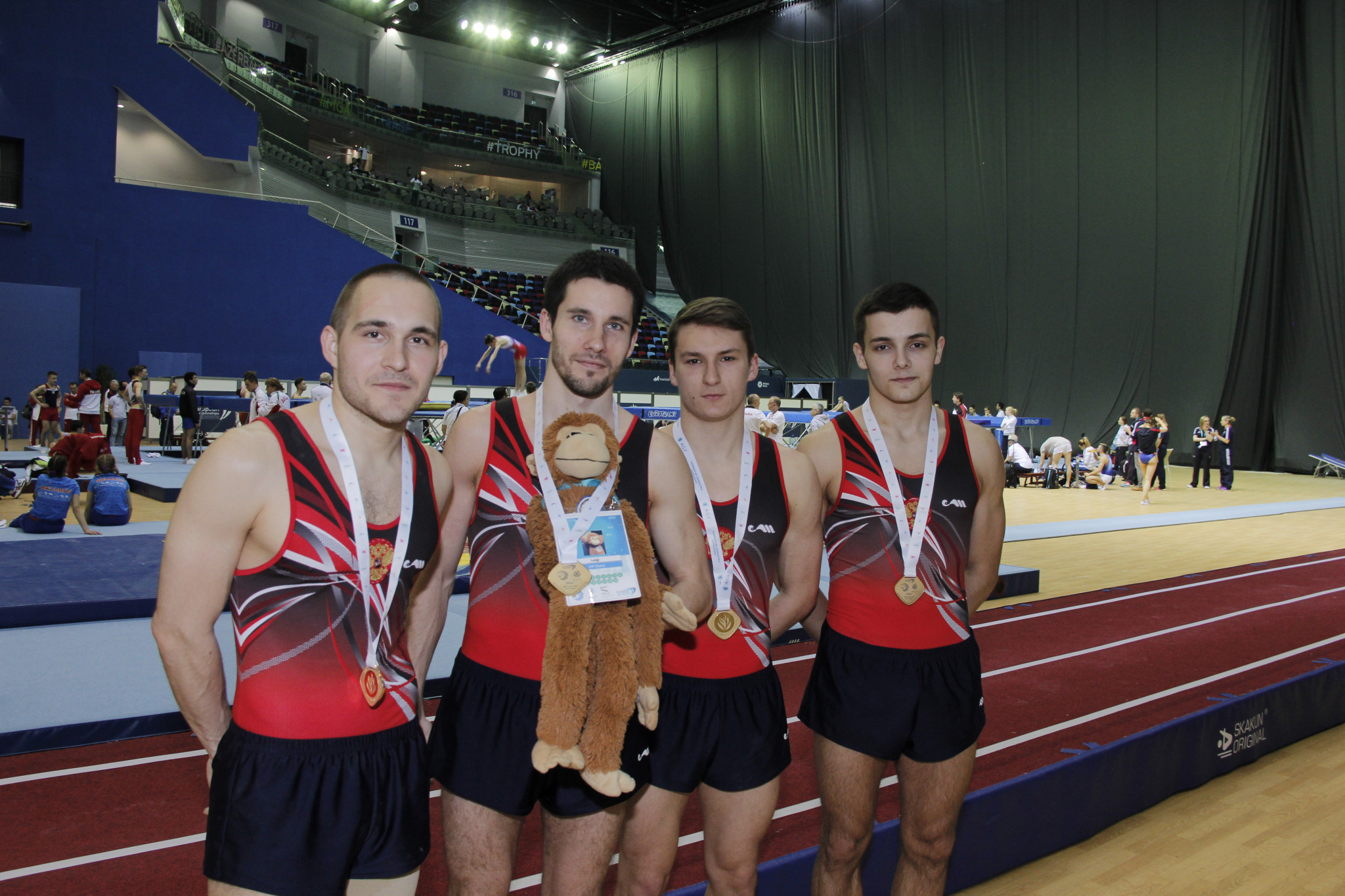 Russia and Britain went head-to-head in four team finals on the penultimate day of the European Championships in Trampoline, Double Mini-Trampoline and Tumbling in Baku - with Russia eventually winning three golds.

The men’s tumbling final was the closest contested, turning on an outstanding performance by the last performer, Vadim Afanasyev.

The European junior silver medallist finished with a full-twisting triple pike to post the highest mark of the final, 39.700 points, allowing Russia to overtake Great Britain by four tenths.

In the women’s competition the roles were reversed as a British team led by Lucie Colebeck defeated a Russian team captained by veteran Anna Korobeynikova.

Colebeck’s 36.000 points topped the leader board and secured the gold for her team, with bronze going to France.

In the double mini-trampoline the Russian women finished half-a-point ahead of Britain, with the 2016 European silver medallist Polina Troianova leading the field with 34.800.

The bronze medal went to the Portuguese team.

The Russian men, led by European and world champion Mikhail Zalomin, were unbeatable.

Their top three scores ranged between 38.600 and 39.400, confirming their extraordinary level.

In the individual trampoline semi-finals the biggest surprise came when Belarus' defending champion Uladzislau Hancharou landed on the blue mat, thus ruining his chances to advance to the final.

Yana Pavlova of Russia won her semi-final ahead of Hanna Hancharova  of Belarus and Britain’s Kat Driscoll.

All individual finals are due to held tomorrow.