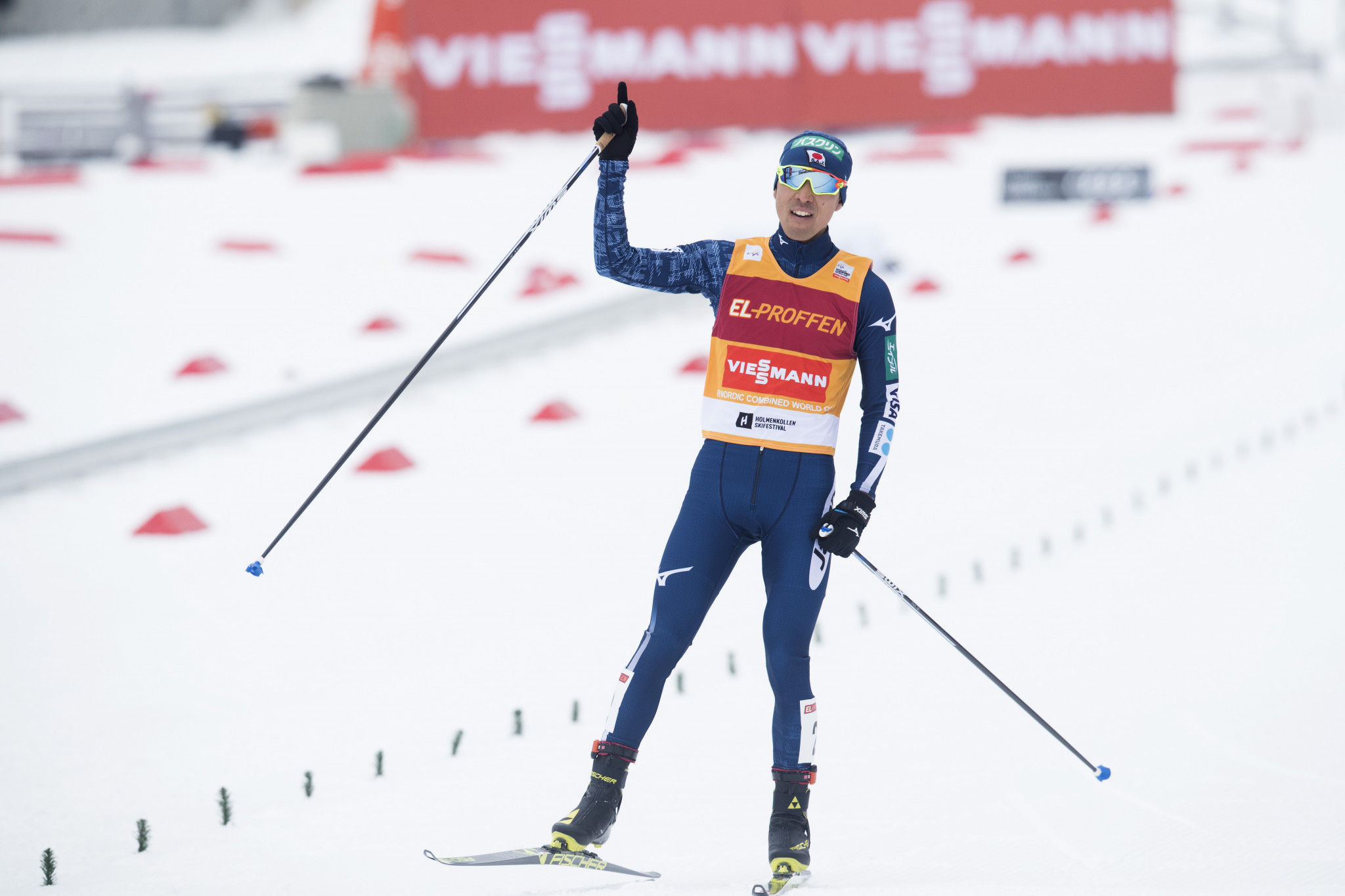 Already-confirmed World Cup champion Akito Watabe ensured he finished a season to remember by securing his second victory in two days at the final International Ski Federation (FIS) Nordic Combined event of the campaign in Schonach.

The two-time Olympic silver medallist had an excellent start to the day with a score of 250.3 points in the ski jumping event.

Norway’s Jarl Magnus Riiber, however, overtook the 29-year-old with an effort of 252.6 points, putting him in pole position for the gold medal going into the cross-country race.

Watabe kept his composure to finish the 15 kilometre course in a time of 34min 39.1sec, 5.1 seconds ahead of Riiber, who finished in the silver medal position.

"It's a really great day for me," the winner said.

"I won the World Cup overall and also I won the race today.

"It's a perfect day for the end of the season."

Fabian Rießle of host country Germany rounded off the final podium of the season thanks to a score of 238.1 points in the jump before a time of 34:38.2 in the cross-country.

Along with his overall World Cup win, Watabe won this season's Best Jumper Trophy thanks to a score of 1,447 points.

The title of Best Skier went to Italy's Allesandro Pittin, winners of today's cross-country race, thanks to a points total of 1,421.

Norway won the Nations Cup title with an overall score of 5,033 points.