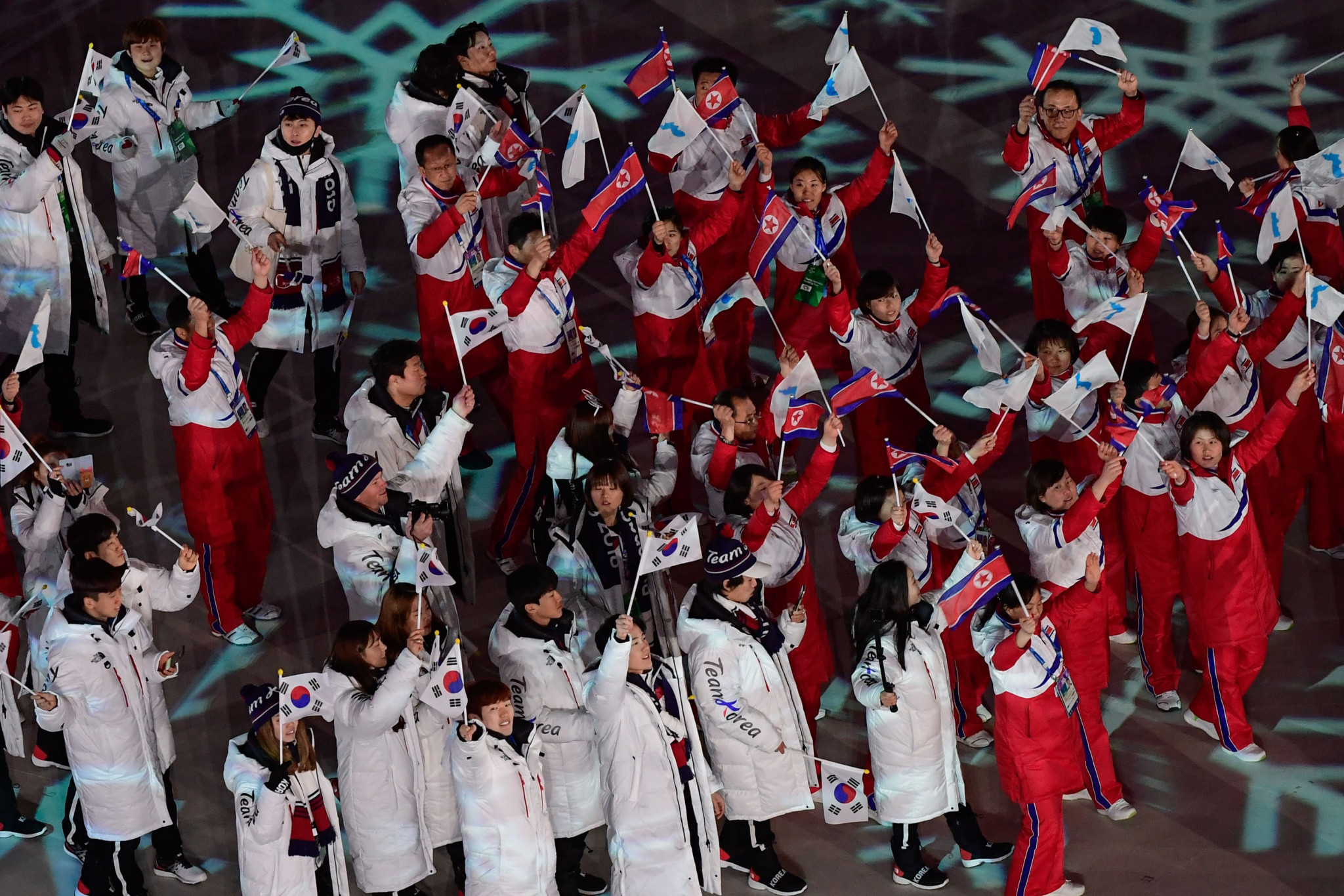 North and South Korea have named their flagbearers for tonight's Opening Ceremony of the Winter Paralympic Games here following yesterday's announcement that they would not be marching together.

The North Korean National Paralympic Committee (NPC) had originally stated that Ma Yu-chol was going to lead the country's 24-strong delegation at the Ceremony but it was announced this morning that there had been a change of plan with Ma’s fellow Nordic skier Kim Jong-hyon now set to carry the flag.

The North Korean NPC has not given a reason for the decision.

Ma and Kim will be North Korea’s only athletes competing at their nation's first Winter Paralympics.

North Korea, who received special dispensation from the International Paralympic Committee (IPC) to compete at the Games, will be the 34th team to enter the Pyeongchang Olympic Stadium tonight, after Japan.

As was the case at last month's Winter Olympic Games here in Pyeongchang, the two Koreas had been set to march together under a united flag at the Winter Paralympics Opening Ceremony.

It was announced last night, however, that the two countries had decided they would march under their own flags.

As reported by South Korea's news agency Yonhap, the Korea Paralympic Committee (KPC) said the idea broke down after the two sides failed to reach an agreement on whether they should march behind a unification flag showing Dokdo, the island grouping at the centre of a diplomatic dispute between South Korea and Japan.

Dokdo, known as Takeshima in Japan, consists of two main islands and about 30 smaller rocks.

Both Japan and South Korea claim the islands, as does North Korea.

The North said that it wanted the flag to show Dokdo, while the South apparently wanted to have the Korean unification flag without it so as not to politicise the event.

The IPC had said it wanted the two Koreas, who are technically still at war, to use the same unification flag that was carried at the Opening Ceremony of the Pyeongchang 2018 Winter Olympics, without Dodko.

According to the KPC, the IPC then decided that it did not want any further debate on the matter and suggested the two Koreas march separately.

The decision to march under a united flag at theWinter Olympics Opening Ceremony has been seen as the catalyst for the recently-improved relations between the two Koreas.

International Olympic Committee President Thomas Bach claimed last month that Pyeongchang 2018 had "brought real hope" to everybody in the Korean Peninsula by encouraging better relations between North and South.

North Korean leader Kim Jong-un recently met with South Korean officials in a rare meeting in Pyongyang and it is claimed he said he was ready to abandon his nuclear weapons programme if the safety and sovereignty of the North could be guaranteed.

The alleged promises of Kim, however, have been greeted with scepticism by many western countries as well as a large number of South Koreans.