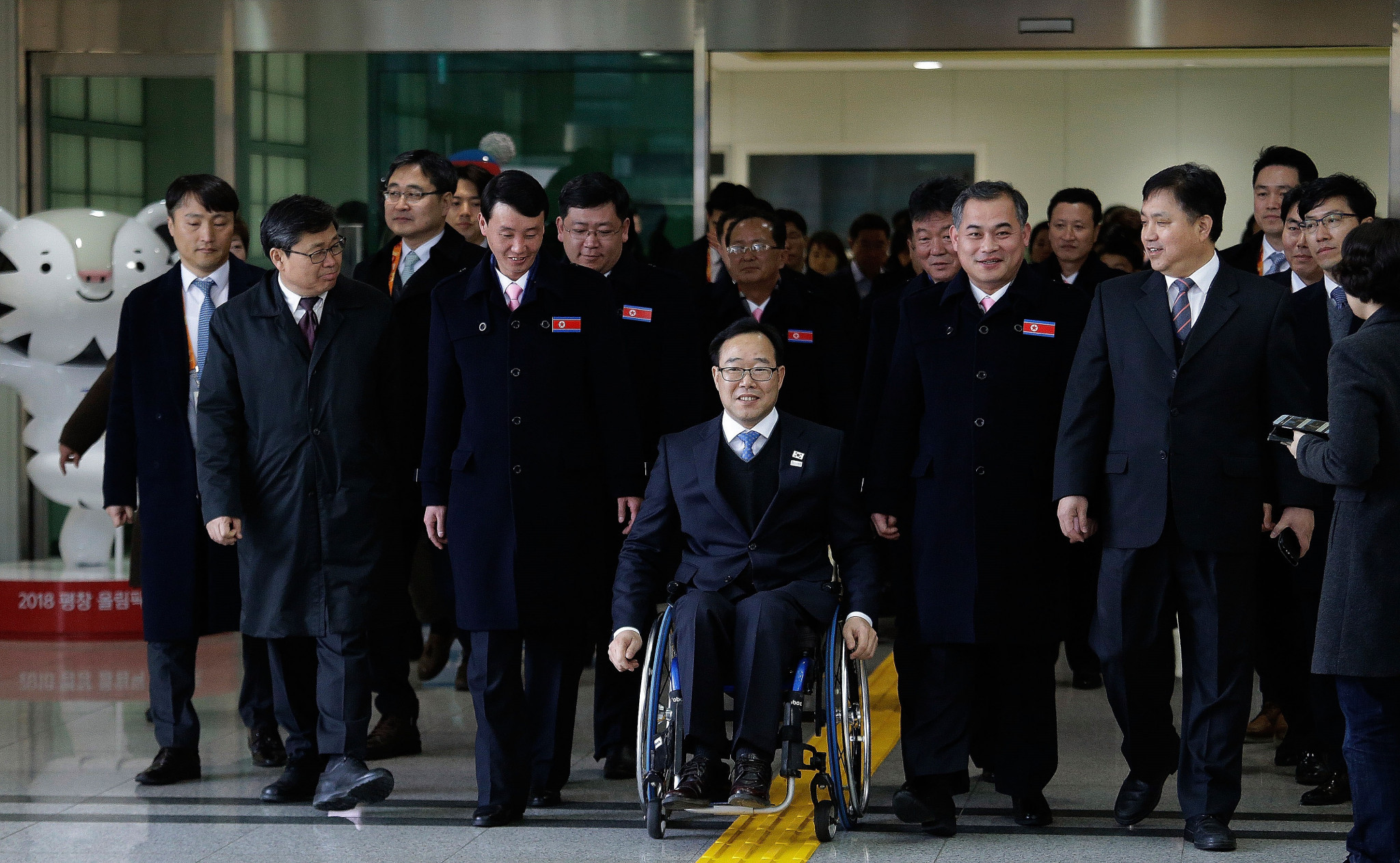 The 24-member delegation is due to have its official welcome ceremony at the same location tomorrow.

Earlier today, it crossed the land border north of Seoul.

Kim Mun-chol, who heads the Central Committee of the Korean Federation for the Protection of the Disabled, expressed warm greetings to South Korea upon arrival.

"Hello, our beloved compatriots and people with disabilities in the South," he was reported as saying by South Korea's news agency Yonhap.

"I deliver a warm compatriots' greeting from our people and people with impairments."

It will be the first time the country has participated at a Winter Paralympics.

The two Koreas are set to march together under a unified flag at the Opening Ceremony on Friday (March 9).

North Korea sent a 500-member delegation to the Winter Olympics in Pyeongchang last month, with relations between the two Koreas said to have thawed during that time.

Athletes from both Koreas marched out under a unified flag at the Games' Opening Ceremony in a show of solidarity, while there was also a joint Korean women's ice hockey team.

Tensions have been high on the Korean peninsula with the North pressing ahead with a nuclear programme and missile launches despite widespread condemnation from western countries.

There has been strained rhetoric between American President Donald Trump and Kim Jong-un, but the latter has said he is willing to discuss denuclearisation with the United States.