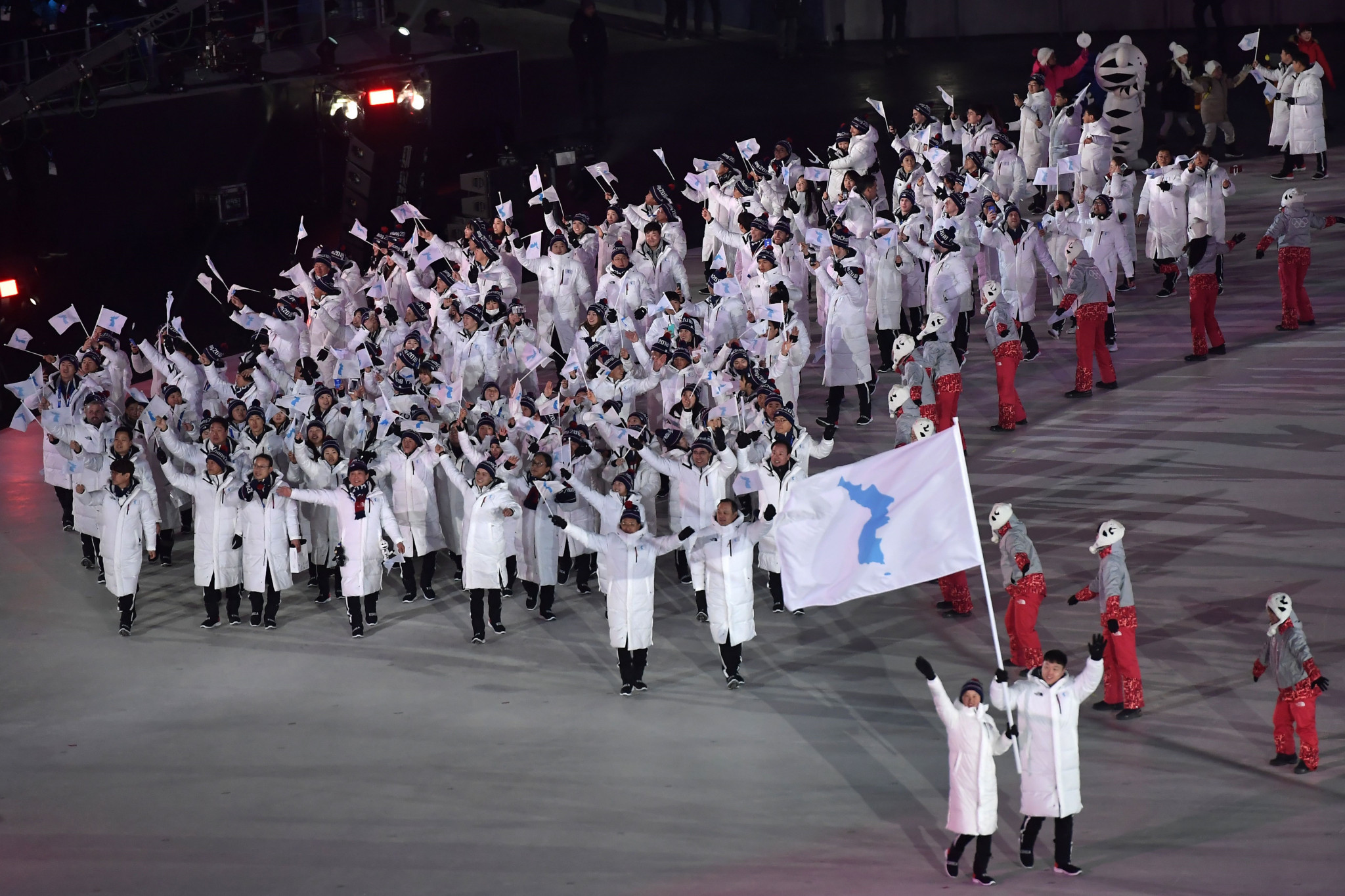 The National Paralympic Committees (NPCs) of North and South Korea will march separately at tomorrow's Opening Ceremony of the Pyeongchang 2018 Winter Paralympic Games, it has been announced.

The International Paralympic Committee (IPC) had offered both countries the chance to march together under the same conditions as last month’s Winter Olympic Games Opening Ceremony in Pyeongchang.

But despite what the IPC describes as a "day of amicable and positive discussions between the two NPCs in the Paralympic Village", the two parties have decided against it.

"Although we are disappointed, we respect the decision of the two NPCs who decided that marching separately would be better for both parties," IPC President Andrew Parsons said.

"The IOC [International Olympic Committee] made great progress in opening up dialogue between the two nations ahead of last month's Olympic Winter Games and I think having North Korea participate in Pyeongchang 2018 is a great step forward for the Paralympic Movement.

"The fact that the NPC will make its Winter Games debut here in South Korea I also believe is hugely significant.

"During today’s discussions it was clear that NPC North Korea respects and values the IPC's vision and mission.

"Going forward, it has committed to working further with the IPC to improve the lives of people with an impairment in North Korea.

"At the end of the meeting both NPCs recognised that their participation in Pyeongchang 2018 has brought them closer together, and the two have committed to working more closely together in the future.

"I think this underlines the tremendous ability of sport to bring countries together in positive dialogue.

"I hope that now the decision has been made 24 hours in advance of the Opening Ceremony, the focus can now be on the performances of Para-athletes on the field of play, not the politics off it."

South Korea's news agency Yonhap quotes the Korea Paralympic Committee (KPC) as saying that the two Koreas failed to reach an agreement on whether they should march behind a unification flag showing Dokdo, the island grouping at the centre of a diplomatic dispute between South Korea and Japan.

Dokdo, known as Takeshima in Japan, consists of two main islands and about 30 smaller rocks.

Both Japan and South Korea claim the islands, as does North Korea.

The North said that it wanted the flag to show Dokdo, while the South apparently wanted to have the Korean unification flag without it so as not to politicise the event.

The IPC said it wanted the two Koreas to use the same unification flag that was carried at the Opening Ceremony of the Pyeongchang 2018 Winter Olympics, without Dodko.

According to the KPC, the IPC then decided that it did not want any further debate on the matter and suggested the two Koreas march separately at tomorrow’s Opening Ceremony.

KPC President Lee Myung-ho is said to have had another meeting with North Korea's Paralympic delegation chief Kim Mun-chol, who heads the Central Committee of the Korean Federation for the Protection of the Disabled, but the two parties were unable to reach an agreement.

"We wanted to have a moment of harmony for a peaceful Paralympics and Korean unity, but decided to respect each other's stance on the issue," the KPC was reported as saying by Yonhap.

"We hope both sides can continue to cooperate and contribute to having a successful Paralympic Games."

It received its official welcome to the Athletes' Village today.

Although there are six athletes in the delegation, only Nordic skiers Kim Jong-hyon and Ma Yu-chol will be competing at the country's first-ever Winter Paralympics.

The two Koreas, still technically at war, marched together under the unification flag at the Pyeongchang 2018 Winter Olympics Opening Ceremony and, for the first time in the history of the Games, competed together as part of a unified Korean women's ice hockey team.

IOC President Thomas Bach claimed last month that Pyeongchang 2018 has "brought real hope" to everybody in the Korean Peninsula by encouraging better relations between North and South.

He also revealed that a final deal for North and South Korea to march together at the Opening Ceremony was only reached four hours before it took place and confirmed that four years of negotiations had taken place since the idea of a joint march was first raised in 2014.

insidethegames had exclusively revealed on the eve of the Opening Ceremony that North Korea were on the verge of boycotting the Games before being persuaded otherwise after meetings with the IOC and other stakeholders.

It followed comments by United States Vice-President Mike Pence, who said in Tokyo on his arrival in Asia to attend the Opening Ceremony that they planned to introduce the "toughest and most aggressive" sanctions against North Korea.

South Korean officials met with North Korean leader Kim Jong-un in a rare meeting in Pyongyang on Monday (March 5) following a de-escalation of tensions - thought to be a result of the Olympics.

In a press conference here today, Pyeongchang 2018 President Lee Hee-beom said he was "very proud" of the improved dialogue between the two Koreas.