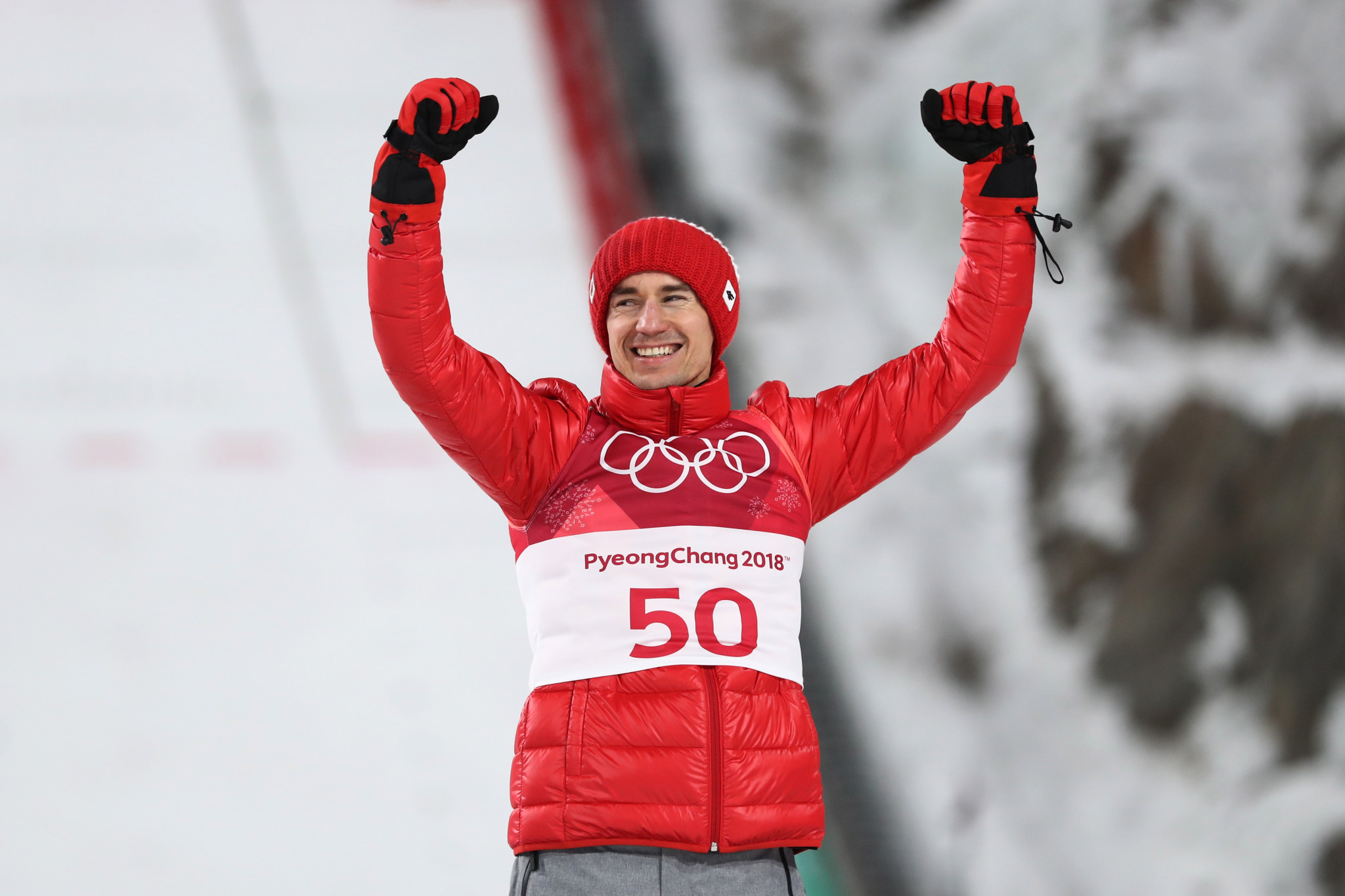 The 30-year-old secured victory with the final jump of the competition, registering 285.7 points after managing a distance of 136.5 metres at the Alpensia Ski Jumping Centre.

"It's unbelievable - I can't describe this feeling right now inside me," Stoch said.

"I feel like I'm still dreaming, but this is a beautiful dream so I don't want to wake up.

"I want to say a big thank you to all my team-mates, especially the coaches, because they are creating opportunities for us to achieve what we can."

Stoch’s triumph signalled a return to form after he could only achieve only a fourth-place finish in the men’s normal hill individual event.

"This week, I spent only on work because I knew that I didn't show everything that I can," he added.

"So I just wanted to make my best jumps here, especially on the big hill, and I think I did it."

Austria’s Michael Hayboeck, ranked second in the first round, had to settle for sixth place.

Ski jumping medal action at Pyeongchang 2018 is due to conclude on Monday (February 19), when the men’s team event is scheduled.