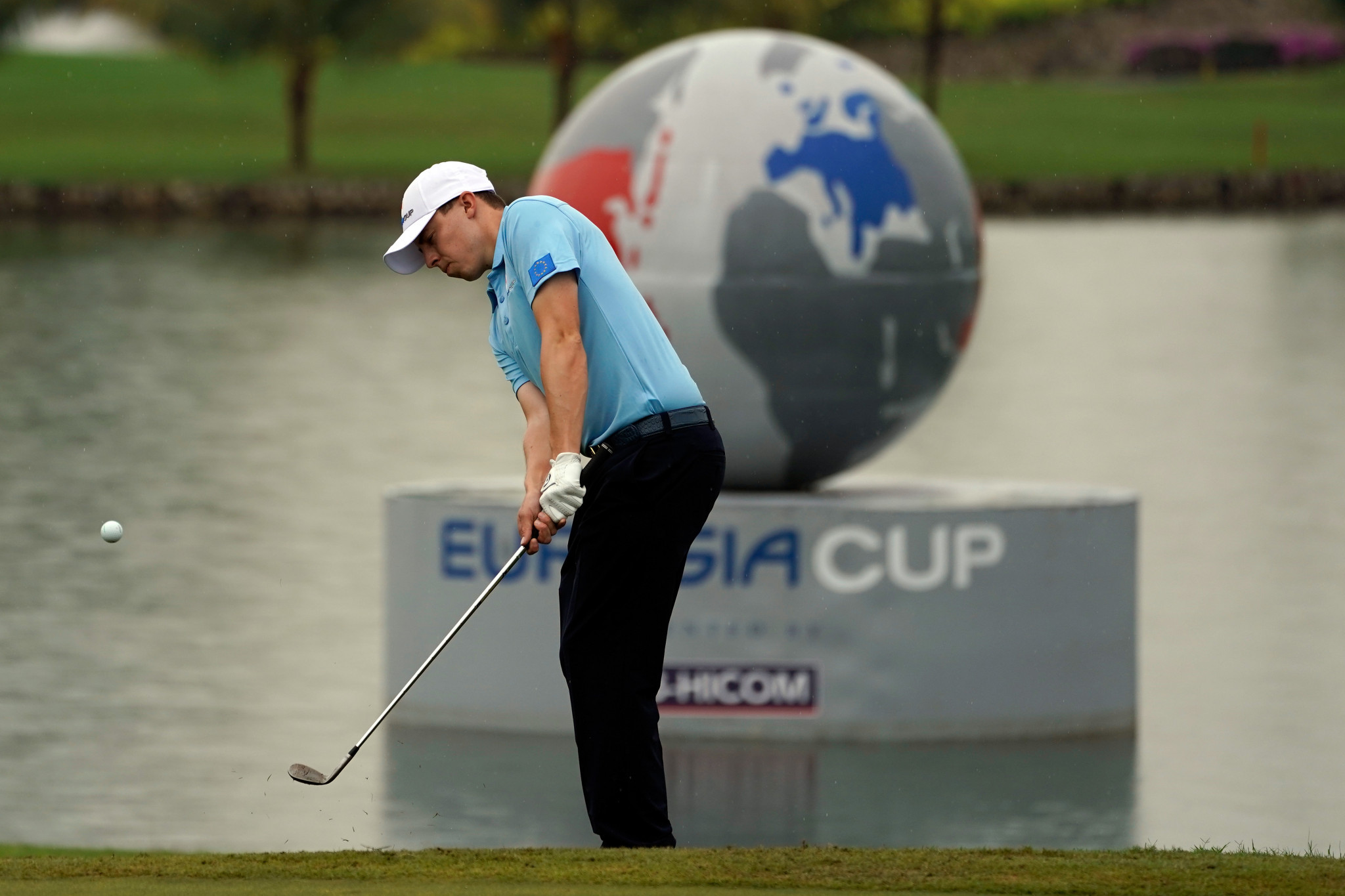 Defending champions Europe began Saturday's Foursomes trailing Asia 3½-2½ at the Glenmarie Golf and Country Club but looked on course to take the lead after they put the first three points on the board.

But the tide turned in the afternoon, with the hosts winning the other three matches to take a one-point lead into Sunday's Singles.

Bjørn said: "We got off to a really good start and things looked like they were going our way and it turned a little bit on its head in the end.

"We came out of the session 3-3 which is not what we were looking for, but you know, we live to fight another day tomorrow and we've got 12 strong players, as I've said all week.

"We've got to go out and put some blue on that board and try and win the Singles.

"It's as simple as that. That's what's in front of us.

"I would say that this team is very capable of winning the Singles but we are getting a good fight this week, that's for sure.

"I'm slightly disappointed with the outcome today but I'm sure we can rise to what's ahead of us tomorrow.

"A lot of these guys have come out and there are cobwebs and rust that needs to be knocked off.

"I thought when I watched them on the first ten, 11, 12 holes today, I thought we were in a very good position, and then we didn't quite finish it off.

"But that's what I talked about yesterday.

"The competitive awareness still needs to get up a gear and that needs to be there tomorrow or we won't win.

"But effort-wise, every single player on that team has given 100 per cent.

"Some have been fantastic.

"Some have played really, really well and there's a couple that feel disappointed about the way they performed this week.

"But when you have a team of 12, at any given time of the year, you're going to have that kind of outcome with your players."

Asia captain Arjun Atwal was pleased with the patience shown by his side when Europe were on top.

He said: "Everybody just kept patient and hung in there.

"You saw how early on, everybody was kind of down and losing a few matches early.

"But what I told these guys was 'you're not getting blown out'.

"And when you're just one or two down in match play, you can easily flip that, and they did."

Atwal believes Team Asia can lift the trophy: "I absolutely believe that otherwise I wouldn't be here.

"That was always my belief when I took this captaincy."

Europe had looked on course to banish the memory of their 3½-2½ defeat in Friday's Fourball session when they put the first three points on the board on Saturday.

But the momentum shifted Asia's way as the second day drew to a close, with victory in the three other matches.

And with Paul Casey and Tyrrell Hatton wrapping up a 2 and 1 win against Byeong Hun An and Kiradech Aphibarnrat shortly after, Europe took an overall 4½-3½ lead.

Europe looked to be cruising when Matthew Fitzpatrick and Thomas Pieters' 3 and 2 win against Sunghoon Kang and Poom Saksansin ensured they could not lose the session.

Yuta Ikeda and Gavin Green delivered the result of the day as they won three of the last four holes to beat Alex Levy and Rafa Cabrera Bello by one hole.

And yet more remarkable putting from Li Haotong helped him and Nicholas Fung to a 3 and 1 victory against Bernd Wiesberger and Ross Fisher in the tail match.