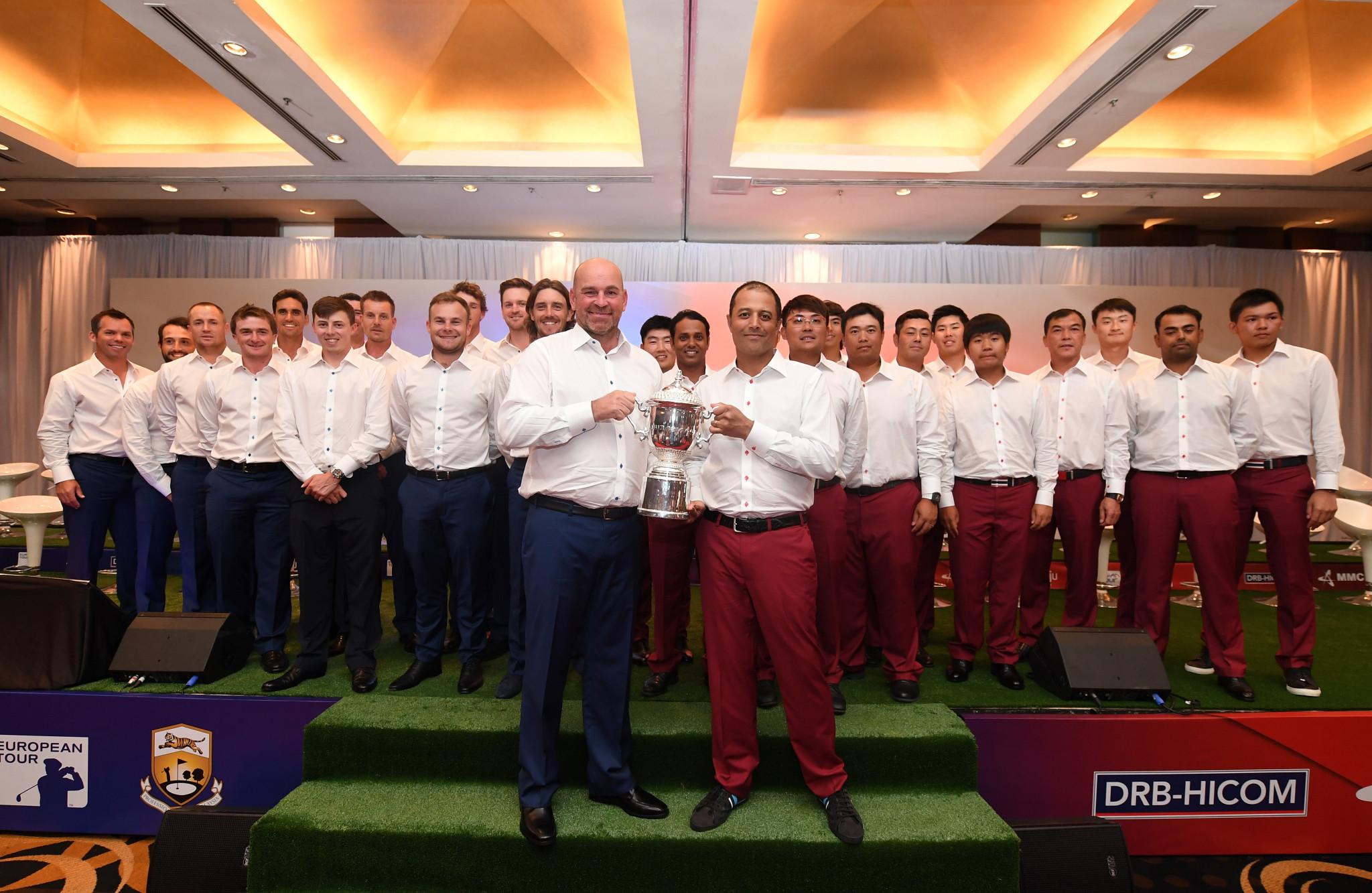 Europe captain Thomas Bjørn is looking for a fightback on day two of the EurAsia Cup as his side bid to make up a one point deficit to hosts Asia in Kuala Lumpur.

Defending champions Europe were trailing in four matches and all square in the other two and although they rallied late on still trail 3½-2½.

"You've always got hopes and thoughts in your mind of how the day is going to pan out and obviously we didn't send the team out to be behind," said the Danish 46-year-old.

"It's not what we were looking for but there were some very positive things and there were a few rusty things as well.

"There was some unbelievable golf from a couple of the Asian pairings, as well.

"But we expected that.

"I've been talking to the guys all week (telling them) to expect them to come out firing, expect them to be 100 per cent up for this and saying they are going to go out and play some good golf.

"We needed to be ready to play.

"When I look at the scoring in the groups, I feel like, yeah, a couple of guys might feel like they should have done better but in general, there was a lot of good golf from our side and the rust had been knocked off the golf swings in practice and maybe the competitive rust might have needed to be knocked off today.

"So, I suspect that we'll go out tomorrow and be ready to play, and foursomes is a very different game."

Europe could have gone into the weekend on level terms had it not been for Li Haotong's sensational putt at the last.

The 22 year old rolled in his birdie putt from the rough at the 18th to win the hole and halve the match against Rafa Cabrera Bello and Bernd Wiesberger, handing Asia their slim overnight advantage.

"That was really important for me.

Tommy Fleetwood and Paul Casey had put the first point on the board with a 4 and 3 victory over Byeong Hun An and Kiradech Aphibarnrat in match one.

Casey was thrilled to get an early point on the board.

"I love match play, especially when you have a partner like Tommy Fleetwood.

"What a blast, what great golf we played, but the Asians threw a lot at us, as well.

"I'm ecstatic to get this going and get a point because it's going to be a tough week."

Fleetwood added: "We got up early with a good start but they just came back and hit really good golf shots.

"It's funny, match play is that kind of game.

"We didn't miss any of the real chances that we had.

"We had some mid-range ones when they were going strong that we didn't hole, but we were just there all the time.

"There's always two of us in the hole.

"We were both playing really good golf, feeding off each other and just generally had a good time together.

"It does help when you're playing well, but it's good to get that first point on the board."