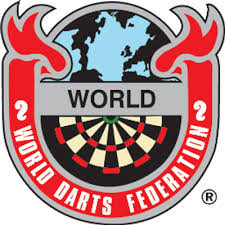 The World Darts Federation (WDF) have begun a search for a new secretary general following the departure of Sijmon Timmers.

WDF President Bill Hatter confirmed Timmers has left the position, with Timmers revealing he was unable to commit the necessary time to perform the duties.

In a statement, Hatter encouraged interested parties to apply for the position prior to the closing date on January 30.

“This is a demanding job that requires commitment from the person performing the duties,” he wrote.

“This includes, but not limited to, being competent with computer skills, handling membership requests, fielding questions from members or even the press, updating governance documents as well as receiving all communications directed at the WDF, preparation of the annual General Meeting and Executive meetings as well as writing the minutes.”

Hatter stated that the position is the communication and administration hub of the organisation, with the role requiring very good command of English.

Applicants will be required to have the approval of their member darts body in writing as the pursue the position.

The chosen applicant will be appointed the role prior to the organisation’s next general meeting.

The meeting will see the position opened up for election, in line with the WDF’s constitution.