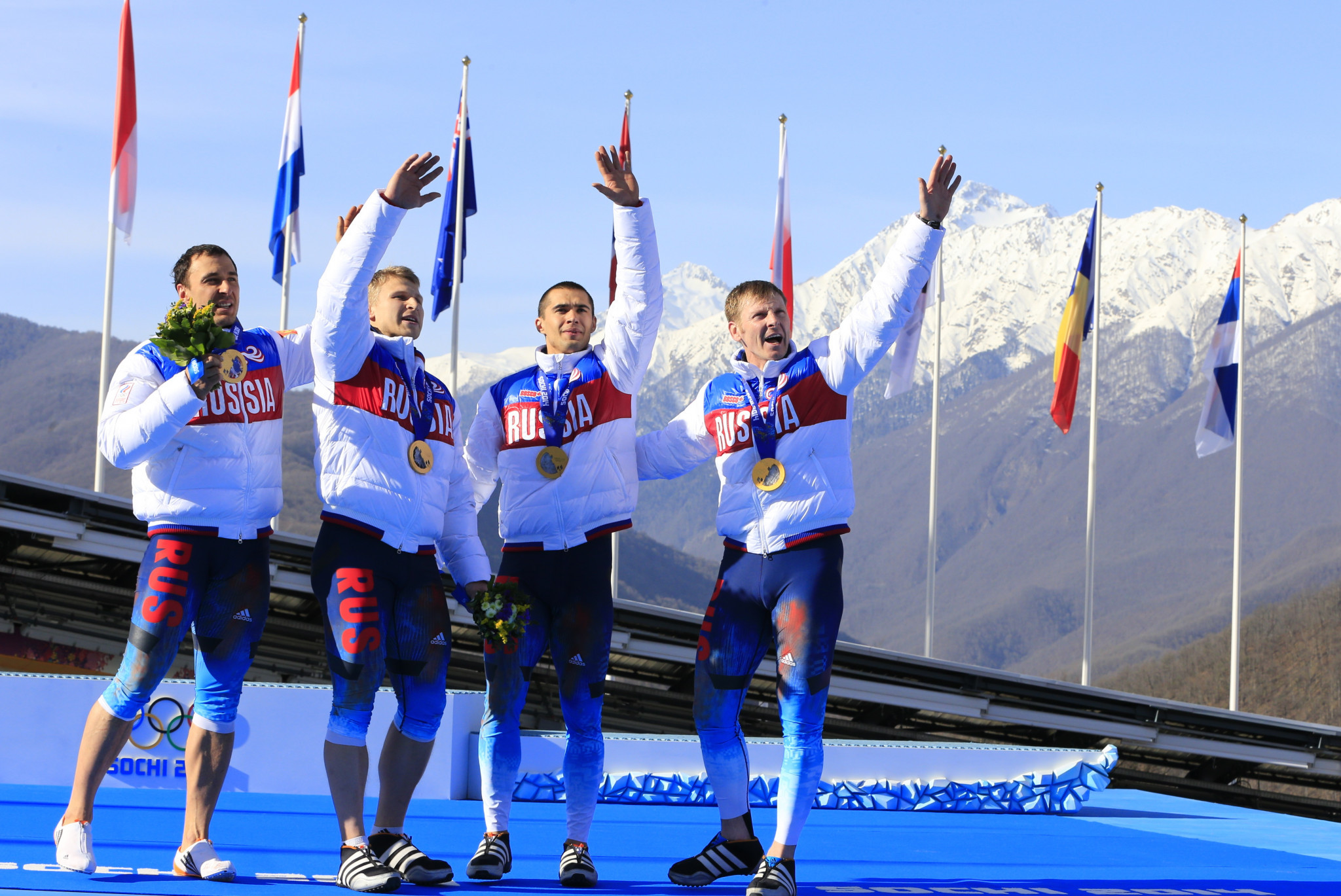 Sochi 2014 bobsleigh gold medallists Aleksei Negodailo and Dmitrii Trunenkov are among five Russian athletes to be sanctioned by the International Olympic Committee (IOC).

Negodailo and Trunenkov formed part of the Russian four-man bobsleigh squad which claimed gold at Sochi 2014.

Their pilot Alexander Zubkov was stripped of his gold medal last week by the IOC Disciplinary Commission and the duo have now suffered the same punishment.

Romanova formed part of the Russian team which earned silver in the women's 4x6 kilometre event at the Games.

She was joined in the team by Vilukhina, who also won an individual silver in the 7.5 km sprint.

Both athletes have been stripped of their medals, with the Russian team disqualified in the events they participated in.

Norway stand to be promoted into second place in the 4x6km relay, behind winners Ukraine.

The Czech Republic are set to claim the bronze medal.

The event was won by Slovakia’s Anastasiya Kuzmina.

Chudinov placed fifth in the men's skeleton competition at the Games, with his team-mate Aleksandr Tretiakov having won gold in the event.

Tretiakov was stripped of his title last week.

All five Russian athletes sanctioned today have been barred from competing at any future editions of the Olympic Games by the IOC Disciplinary Commission for alleged doping.

A total of 19 Russian athletes have now been sanctioned by the IOC Commission, although Sochi 2014 figure skating champion Adelina Sotnikova was cleared of any wrongdoing.

The sanctioned athletes have been accused of being involved in a doping and sample tampering programme during Sochi 2014.