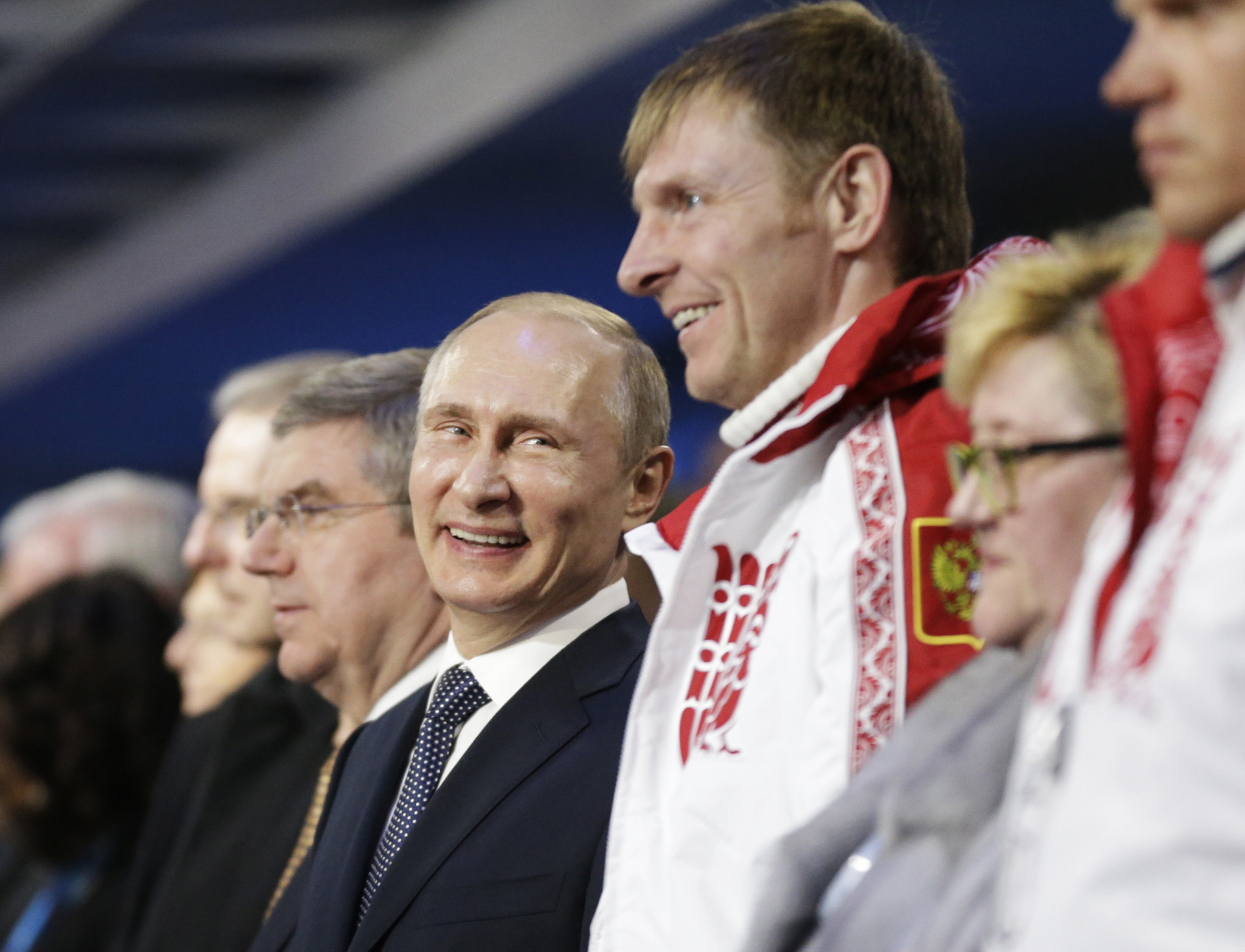 Double Sochi 2014 champion Alexander Zubkov has been stripped of his bobsleigh gold medals and banned from the Olympic Games for life after he was among the four latest Russian athletes to be sanctioned by the Oswald Commission.

Zubkov, who carried the Russian flag at the Opening Ceremony of Sochi 2014 and is now President of the Russian Bobsleigh and Skeleton Federation, has been sanctioned along with speed skating silver medallist Olga Fatkulina, bobsledder Olga Stulneva and speed skater Aleksandr Rumyantsev.

All four have been disqualified from Sochi 2014 and barred from competing at any future editions of the Olympic Games by the International Olympic Committee (IOC) Disciplinary Commission for alleged doping.

Zubkov was a member of the victorious two and four-man crews at Sochi 2014 but has now been stripped of both gold medals.

Fatkulina was second in the women's 500 metres event and fourth over the 1,000m distance.

Stulneva came ninth in the two-woman bobsleigh competition, while Rumyantsev managed a best result of sixth in the men's team pursuit.

All four athletes have either appeared at a IOC Disciplinary Commission hearing or have given evidence by video link.

"Olga Stulneva, Aleksandr Zubkov, Olga Fatkulina and Aleksander Rumyantsev are found to have committed anti-doping rule violations pursuant to Article 2 of the IOC Anti-Doping Rules applicable to the XXII Olympic Winter Games in Sochi, in 2014, and are disqualified from the events in which they participated," an IOC statement read.

Today's decision brings the total number of Russians sanctioned by the Commission to 14.

Latvia are in line to be promoted from silver to gold in the four-man event following Zubkov's disqualification.

The other three members of the four-man team which claimed the gold medal at Sochi 2014 - Alexei Voevoda, Alexei Negodailo and Dmitry Trunenkov - are also under investigation.

The three athletes have given evidence to the Commission, either at an in-person hearing or via video link.

The United States four-man team are set to be upgraded to silver, while bronze is slated to go to the other Russian crew.

Three of the four members of the Russian squad which was fourth - Alexander Kasyanov, Ilvir Khuzin and Alexei Pushkarev - are also under investigation, however.

If they are also stripped of their medal, Britain will be awarded the bronze medal.

Gold in the men's two-man is now set to go to Switzerland's Beat Hefti and Alex Baumann.

The US are likely to move up into second place.

It means Steven Holcomb, who competed for the US alongside Steven Langton, could be posthumously upgraded to silver after he tragically died in May.

Russia were fourth but could move up to bronze, although one of their two-man team was Kasyanov.

Margot Boer of The Netherlands is set to be moved from bronze to silver in the women's 500m speed skating event.

China's Zhang Hong is in line to receive the bronze medal.

Two skeleton racers - reigning Olympic men's champion Alexander Tretiakov and bronze medallist Elena Nikitina - have been banned from competing at this weekend's International Bobsleigh and Skeleton Federation World Cup in Whistler after they were sanctioned by the Oswald Commission along with Mariia Orlova and Olga Potylitsyna.

Cross-country skiers Alexander Legkov, Olympic gold and silver medallist at Sochi 2014, and Evgeniy Belov have also been retrospectively disqualified and barred from competing at the Games.

Three-time Olympic silver medallist Maxim Vylegzhanin, as well as Alexey Petukhov, Julia Ivanova and Evgenia Shapovalova, have been given the same punishments by the IOC.

Sochi 2014 figure skating champion Adelina Sotnikova was, however, cleared of any wrongdoing by the IOC Disciplinary Commission.