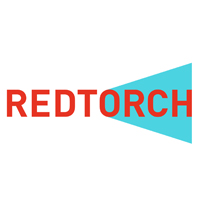 The International Weightlifting Federation (IWF) has today announced a partnership with REDTORCH, a London-based digital communications agency, aimed at increasing youth engagement and awareness of the upcoming World Championships in Anaheim.

IWF President Tamás Aján said the world governing body is proud to hold the event in Anaheim and "looks forward to working with REDTORCH on a digital campaign that connects people worldwide who have a passion for weightlifting".

"REDTORCH brings significant experience delivering data-driven campaigns, and we know their understanding of international sport and digital channels will help improve how the world sees our sport," the 78-year-old added.

Jonny Murch, managing director of REDTORCH, said: "It’s not often you have the opportunity to partner with a sport that has the heritage of weightlifting.

"One of the oldest Olympic sports, and fast becoming a lifestyle for many people worldwide, it is also totally relevant to today’s athletes - regardless of their sport - as they incorporate it into their training programmes.

"We can’t wait to communicate the incredible story of IWF as we aim to increase global awareness of the IWF World Championships."

A total of 377 athletes from 72 countries are due to compete at this year’s event, which is scheduled to take place at the Anaheim Convention Center from November 27 to December 5.

Also vying for glory is Spain’s Lidia Valentín, who has three Olympic medals, including London 2012 gold, to her name.

Reigning youth world champions CJ Cummings and Harrison Maurus will also be aiming for success in front of a home crowd.

"This is going to be a weightlifting meet unlike any other," Phil Andrews, USA Weightlifting chief executive and World Championships Organising Committee member, said.

It was confirmed earlier this month that North Korea has not entered a team for the World Championships.

The IWF has been given no explanation by the country for their decision.

It is thought that the bad relationship between US President Donald Trump and North Korean leader Kim Jong-un is the reason for North Korea staying at home.

The North Koreans are also said to be unhappy about losing the right to host the 2018 IWF Junior World Championships.

Because of the political situation, those Championships were awarded instead to Uzbekistan last month.

North Korea was expected to finish top of the medal table in Anaheim as it had lifters ranked number one in seven weight categories, after the removal of lifters from the nine nations which have been banned for a year for multiple doping offences - Armenia, Azerbaijan, Belarus, China, Kazakhstan, Moldova, Russia, Turkey and Ukraine.

Iran, another of Trump’s least favourite nations, will now be among the favourites to top the medal table.