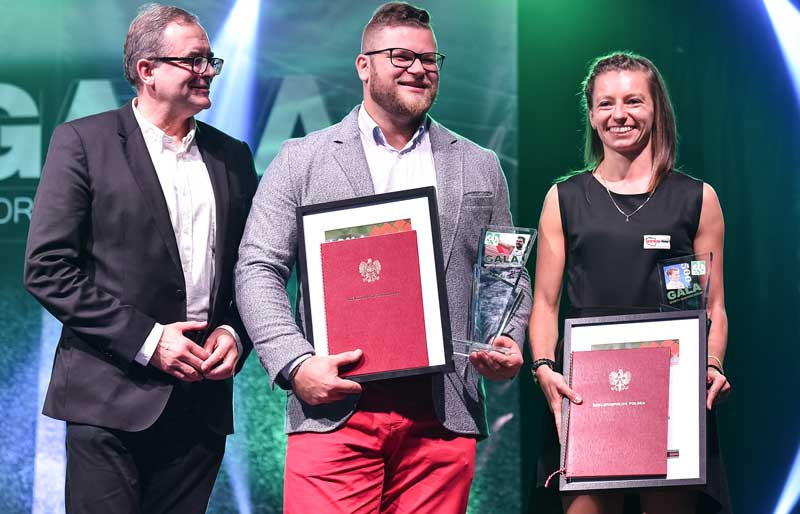 The Polish University Sports Association (AZS) has honoured the individuals and organisations who contributed most to the development of university sport over the past year at its Annual Gala in the city of Opole.

During the ceremony, members of AZS summarised the 2016-2017 academic sports season and officially opened the new university sports campaign.

Special awards were given to Joanna Linkiewicz, whose 400 metres hurdles silver was Poland's 500th in the history of the Universiades, and to Pawel Fajdek, the hammer thrower who won his fourth Summer Universiade gold in Taipei.

Among those receiving awards for the best achievements at the 2017 European Universities Championships (EUC) was the University of Warsaw, which dominated that in beach volleyball.

The Gala also provided the opportunity to sum up the Polish Universities Championships (PUC), which this past year has attracted more than 15,000 students from nearly 200 universities competing in 43 disciplines.

The Academy of Physical Education Katowice won the medals classification in 2016-2017, finishing ahead of the University of Warsaw and the Lodz University of Technology.

The University of Warsaw received the title in the PUC's general classification.

Distinguished guests at the Gala included a representative of the Ministry of Sport and Tourism, Opole authorities and the European University Sports Association President Adam Roczek.

Rectors and representatives of university authorities from all over Poland were also present.

AZS President Alojzy Nowak opened the ceremony and spoke about the award the organisation received from the International University Sports Federation (FISU) in Taipei, recognising it as the best university sports federation.

Nowak said the prize is the result of hard work of many generations.

He also gave a special thanks to all institutions and companies supporting university sport and to FISU vice-president Marian Dymalski for his work in international structures and how this contributed to AZS’ success.

In a tradition of the Gala, AZS gave individual distinctions to young sports activists.

The organisers of the AZS’s Integrated Polish Championships, originators of the first esports universities competitions, were recognised.

The recipients were awarded the "Eugeniusz Pietrasik" prize.