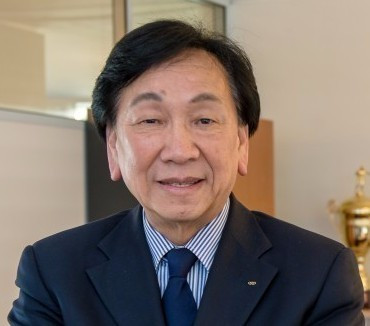 International Boxing Association (AIBA) President C K Wu has retained power of the governing body until at least next month after a Swiss court deferred a ruling on who is in charge of the troubled organisation for the second time.

In a statement, AIBA announced the Court of Lausanne had given all parties until the end of August to produce "additional determinations" amid a power struggle between Wu and an Interim Management Committee (IMC).

A final decision on who has control of the embattled governing body will then be taken in mid-September.

It will come prior to an Extraordinary General Assembly expected the following month, where the Member Federations will decide Wu's fate.

Today's verdict will prolong the impasse within AIBA and means a final ruling will not be made until after the World Championships in Hamburg, due to open on August 25 and conclude on September 3.

According to AIBA, the IMC, set up last month following a vote of no confidence in Wu by the AIBA Executive Committee at a meeting in Moscow, have also withdrawn an attempt to suspend executive director William Louis-Marie.

The IMC told Louis-Marie, appointed to the role following last year's Olympic Games in Rio de Janeiro, in a letter that they had taken the decision to remove him "with immediate effect, for the sake of AIBA and its members".

It claimed that the Frenchman is at "best trying to defend, by any way, the person who named you as executive director (i.e. Ching-Kuo Wu) and, at worst, that you are directly trying to hide wrongdoings and potentially criminal acts that were committed within AIBA".

Wu had dismissed the accusations and claimed the letter was unlawful.

Wu and Louis-Marie both attended the hearing in Lausanne today, which came after the court rejected requests from both the AIBA President and the IMC for urgent provisional measures to be taken over the running of the organisation earlier this month.

AIBA vice-president Franco Falcinelli, who has denied claims he gave a "death warning" to a staff member at the worldwide governing body, was not present.

"The President of the International Boxing Association, Dr Wu and his Executive Director Mr Louis-Marie, were heard today by the Court of Lausanne in the context of the request for provisional measures in the case against the so-called Interim Management Committee," the statement from AIBA read.

"At the end of the hearing, the decision was taken to ask the parties concerned to produce additional determinations by the end of August for a final decision in mid-September.

"AIBA is also pleased to note that the so-called IMC withdrew conclusion VII taken in its request for provisional measures which aimed to obtain the suspension of the executive director."

Today's verdict will be seen as a partial victory for Wu.

British newspaper The Guardian reported, however, that 76 of AIBA's Member Federations have thrown their support behind the IMC.

The Member Federations will ultimately have the final say on whether Wu's 11-year tenure in charge of amateur boxing's governing body continues.

It marks a blow to Wu's chances of retaining power beyond the Extraordinary General Assembly.

Wu rejected this and instead told insidethegames that they would pay the money back via an eight-year settlement.

The AIBA head claimed they have a "formal" oral agreement in place to repay the loan gradually following two meetings in Baku involving Louis-Marie.

insidethegames has contacted a representative from the IMC for a response.