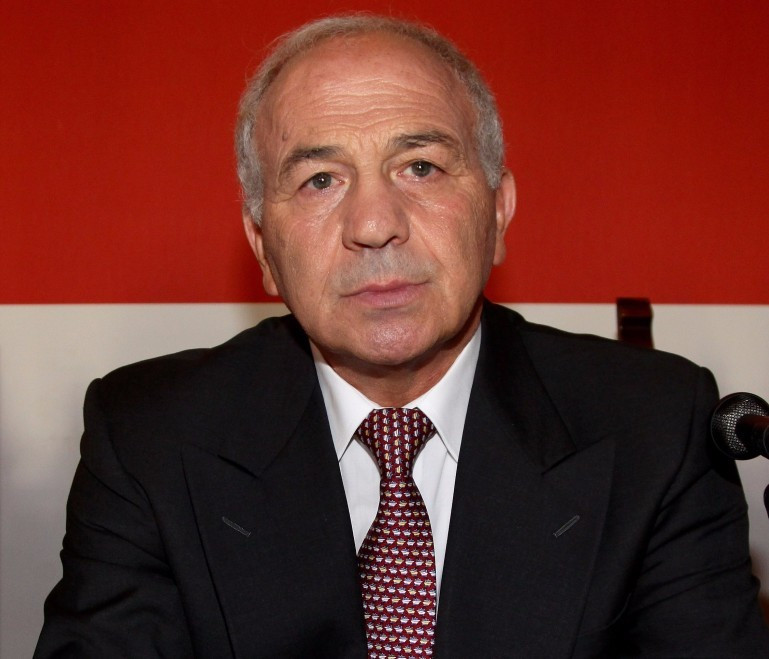 Criminal proceedings have been opened in Switzerland against Italy's Franco Falcinelli, head of an Interim Management Committee set up to replace International Boxing Association (AIBA) President C K Wu, for an alleged threat against a staff member.

It marks the latest development in an increasingly bitter struggle to assume control of the world governing body.

Falcinelli, also AIBA vice-president and President of the European Boxing Confederation, has been a leading critic of Wu ever since 13 out of 15 present Executive Committee members opposed the Taiwanese official at a meeting in Moscow last month.

insidethegames understands that the Italian is accused of threatening an AIBA staff member in the fallout from events in the Russian capital and the subsequent battle to occupy the organisation's headquarters in Lausanne.

"We acknowledge receipt of denunciation and criminal complaint of your International Boxing Association dated August 2, 2017, against Mr Franco Falcinelli and others," confirmed a letter from the Ministry of Public Central Special Affairs of the Canton de Vaud, seen by insidethegames.

"And we inform you that we forwarded it with a copy of this notice to the public prosecutor of the Borough of Lausanne."

insidethegames has not yet received a response from Falcinelli about these allegations and there has been no detailed explanation yet given by either side.

The IMC which he heads, however, have attacked Wu and AIBA executive director Willam Louis-Marie for all claims supposedly made to Member Federations.

They dismiss the alleged criminal complaint against Falcinelli as it "holds in only two small pages and makes simply no sense at all".

"All of the accusations made by Mr Wu and Mr Louis-Marie by using insulting qualifications ('sabotaging', 'assassination discussions', 'conflict of interests', 'dirty tricks', 'bribing', etc.) are perfectly groundless and rejected in the strongest terms," they added.

"Although the IMC wishes to avoid continuing this senseless fight, such baseless accusations can simply not be accepted.

"This is all the more the case that: Mr Wu has held similar accusations in his request to the Court in Lausanne, who has rejected all of his conclusions and (logically) not held his allegations as likely."

A Swiss court judgement on who should run AIBA and control its headquarters during the next three months was deferred for 10 days on Monday (August 7) after requests for urgent provisional measures were rejected.

Wu, a member of the International Olympic Committee, has called an Extraordinary General Assembly at which he hopes to receive support from the Federations.

"It is also important to notice that the 'financial mismanagement accusations' are related to alleged claims of FCIT and Benkons, both of which are a direct heritage of the period during which Ho Kim was AIBA's executive director."

Louis-Marie also circulated an email addressed by the IMC to AIBA staff members in which Ho and his successor Karim Bouzidi were both copied-in as supposed evidence of their involvement.

Bouzidi is another former executive director who was removed following the judging controversy at Rio 2016 which remains at the centre of an investigation after all 36 referees and judges used at the Olympics were suspended.

"Those facts strongly indicate that the so-called IMC is working against AIBA, its mission to develop boxing in all its form, and they form a sufficient basis to file a criminal complaint, limited at this stage to criminal mismanagement and violation of trade secrecy, against the members of the so-called IMC, which AIBA did in order to protect its members (all affiliated national federations), employees and stakeholders," Louis-Marie added.