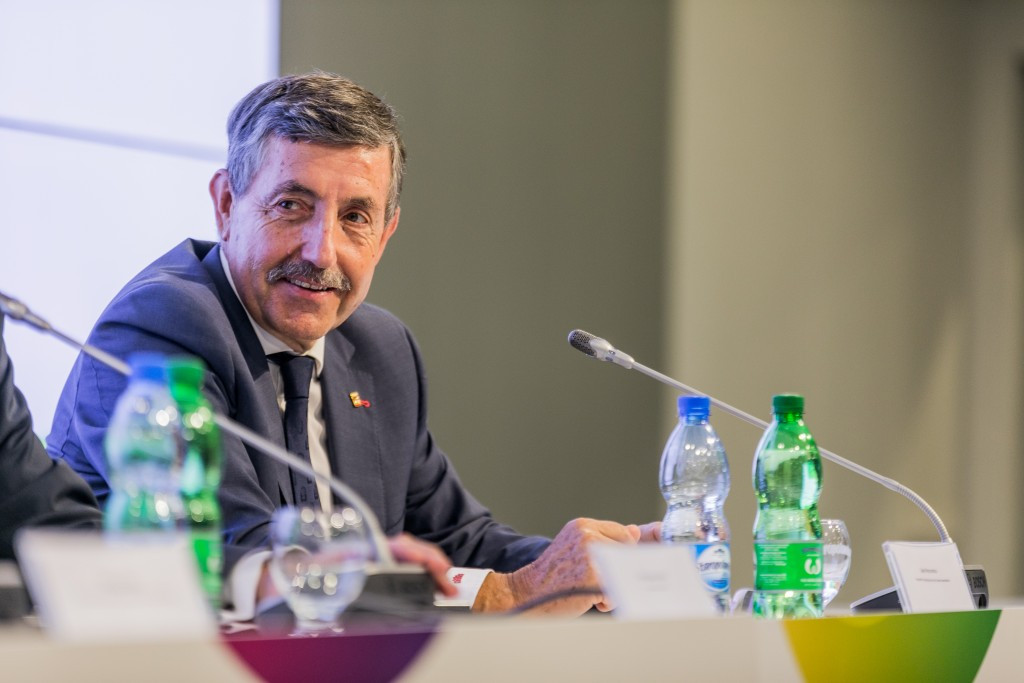 International World Games Association (IWGA) President José Perurena has declared Wrocław 2017 as the best Games in the history of the event.

Sporting action concludes today with 22 sets of medals to be awarded before the Closing Ceremony this evening.

Perurena hailed the success of the past 11 days and declared it as the best Games in the history of his organisation.

"We knew we had a good product, we had autonomy but we needed to increase the quality of the Games by raising the media and television coverage.

"After the International Olympic Committee pledged to work close with us in their Olympic Agenda 2020, I think this was fantastic.

"The collaboration between the Organising Committee and the International Federations here has been key because we have experts at venues.

"When the storm hit last week, everything was repaired and back to normal quickly because of their communication.

"I am very, very happy with how the Games have gone and I think Wrocław 2017 is the best World Games in our history."

Perurena said he expects the bar to be raised even higher by the American city of Birmingham when they play host in 2021.

"It is not finished here, I think next time in Birmingham we expect more because we are renovating the sports programme," he added.

"We will evaluate the programme here with the Wrocław and Birmingham Organising Committees as well as the report from the IOC and the broadcasters.

"I think in some sports we need to simplify the rules to make it more attractive and so we do not simply copy the sport's World Championships.

"In some sports there are too many heats and categories and some people on television would not understand why things are repeated so many times."

Organisers also revealed here this morning that 80 per cent of the tickets had been sold with Perurena also praising "the promotional efforts" of organisers in recent months.