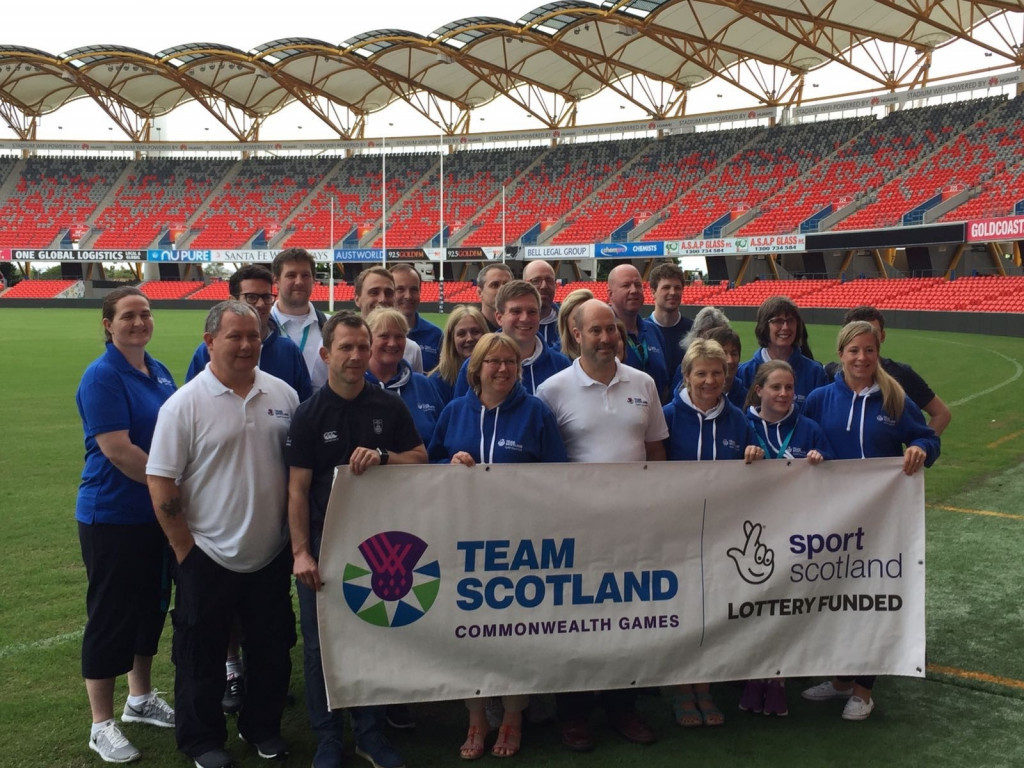 Team Scotland's Gold Coast 2018 Chef de Mission Jon Doig has expressed his disappointment at being denied entry into the Athletes' Village apartment blocks during a visit to Queensland.

Doig has been part of a group from the team in Gold Coast this week as part of its operational planning for next year’s Commonwealth Games and to "provide helpful feedback" to the event's organisers on how preparations are progressing.

The delegation included 30 people across all 18 sports and Games functional areas as well as team management.

They have been in Queensland for an intensive five-day programme organised in conjunction with the Gold Coast 2018 Commonwealth Games Corporation (GOLDOC), with visits to competition and training venues and the Games Village.

However, the Scottish delegation were told this morning that pre-agreed access to the Village's apartment blocks had been withdrawn at the 11th hour by Village contractors, Grocon.

“We have always enjoyed great co-operation and support from the team here at GOLDOC, so we are extremely disappointed that having traveled all the way from the United Kingdom for a pre-planned visit to view Gold Coast 2018 facilities and the Games Village in particular, that we are being denied access to the accommodation blocks at this late stage," said Doig.

“The Games Village is the hub of operations for all competing teams, so viewing the apartments is critical to our space and operational planning and not being allowed in will have a significant impact on our ability to finalise our plans.

"It will also impinge on our ability to provide the required information back to GOLDOC regarding rate card and other operational requirements to meet the stringent deadlines set.

“We are particularly disappointed that having spent in the region of AUS$65,000 (£37,000/$48,000/€44,100) of our development grant from GOLDOC to come here, that we are unable to conduct this important area of pre-agreed business.

“As the past Games hosts in 2014, Glasgow ensured that Commonwealth Games Associations (CGAs) had appropriate access to the Village on their planning visits, so we are extremely surprised and disappointed that this is not the case here in Australia.

“We will now be looking for additional funding from GOLDOC or their contractors to enable us to return and complete this vital area of work over the next few months.”

The Village for the event in Australia is located in the Parklands region of the city and will have space for 6,600 athletes and officials, comprising of 1,170 apartments and 82 townhouses.

"With construction still underway, access to the Athletes Village is a matter for the developer, Grocon," said a GOLDOC spokesperson.

"However, GOLDOC arranged for the Scottish delegation to tour the accessible areas of the Village, including a prototype of the athlete’s rooms.

"The Scottish delegation will also be given access to the completed Games venues as part of their visit this week.

"GOLDOC looks forward to assisting CGA Scotland during the remainder of their visit."

When hosting the Games during Glasgow 2014, Scotland secured their best medal haul with a total of 53 comprising of 19 gold, 15 silver and 19 bronze.

That saw them finish fourth on the medals table.