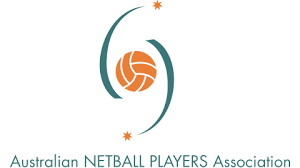 Games scheduled for this weekend in Australia’s premier netball league are due to go ahead as planned after threats of a player strike over a respected Netball Australia Board member not being re-elected were stemmed.

The Australian Netball Players’ Association (ANPA) had warned Netball Australia that strike action would be taken if former Australian captain Kathryn Harby-Williams was not re-elected to one of three vacant positions at the national governing body's Annual General Meeting (AGM) in Canberra today.

It came after the ANPA had condemned the loss of former Board chair Anne-Marie Corboy, following a special general meeting called by Netball Australia member organisations last week, as "an inexcusable lack of judgement that only serves to satisfy self-interest".

The move is seen as a power-play led by Netball Queensland and Netball New South Wales, who are feeling an impending threat from three new teams for the debut Super Netball season.

Although talks involving the players decided against striking this weekend, the ANPA said in a statement released today that some sort of protest will occur.

"The players have resolved that the protest will not include cancelling this week's matches in the interest of fans, corporate partners and broadcast obligations," the statement reads.

"Instead the protest will seek to continue to shine a light on the very real issue of independence and governance on the Board.

"The players will keep a very watchful eye over the deliberations of the Board in the immediate future to ensure it makes decisions that benefit the sport as a whole and not for some."

Netball Australia said it is grateful the athletes have elected to play "in the interest of fans, corporate partners and broadcast obligations".

"Netball Australia and its member organisations are united in wanting the best for our game," the national governing body said in a statement.

"We are committed to seeing our athletes be the first fully professional female athletes with the best terms and conditions.

"Netball Australia and the clubs will continue to work closely with the Australian Netball Players' Association."

Cheryl McCormack, Marcia Ella-Duncan, and Susan Comerford were appointed to the Board of directors after the vote at today’s AGM.

McCormack and Ella-Duncan will undertake three-year terms, while Netball South Australia Board member Comerford has been appointed for one year.

The latter will fill a casual vacancy that came up following Corboy's removal from the Board.