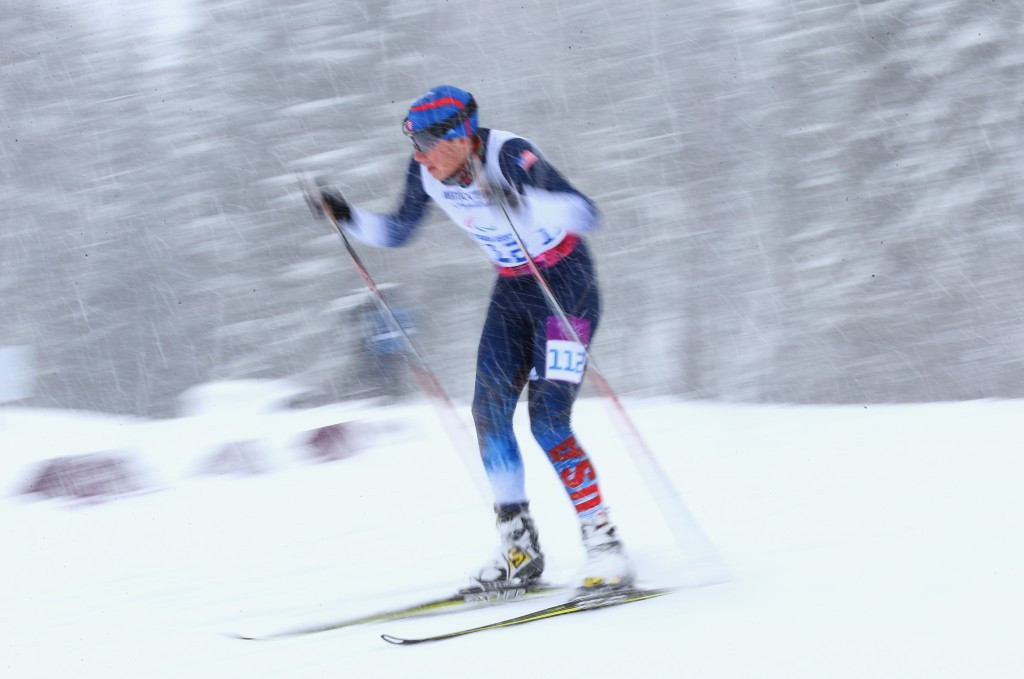 Jacob Adicoff won the first race of his career in the men's visually impaired, at an event which is doubling as a test for next year's Winter Paralympics.

"I am feeling tired," Adicoff said.

"It is good to be here testing the course ahead of next year's Paralympic Winter Games."

Oksana Masters was the second US skier to clinch gold as she won the women's sitting in 41:02.1.

In the men's sitting, South Korea's Eui Hyun Sin finished in 45:41.2 to delight his home crowd with victory.

"Much better than the World Cups in Europe because it is my country and I do not have to get used to the food and the time."

Two Ukrainians completed the podium with Olga Prylutska and guide Oleksandr Mukshyn timed at 1:00:08.3 for silver.

Bronze went to rankings leader Oksana Shyshkova who was timed at 1:02:08.6 with guide Volodymyr Ivanov.

In the men's standing, Benjamin Daviet added to his biathlon sprint win in Pyeongchang by clocking 56:35.8 for gold.

The World Cup will continue on Monday (March 13) with cross-country sprint races.

Tomorrow sees the start of the IPC Alpine Skiing test event in Pyeongchang.

Nearly 100 athletes from 22 countries are expected for an event which will also serve as the World Cup Finals.