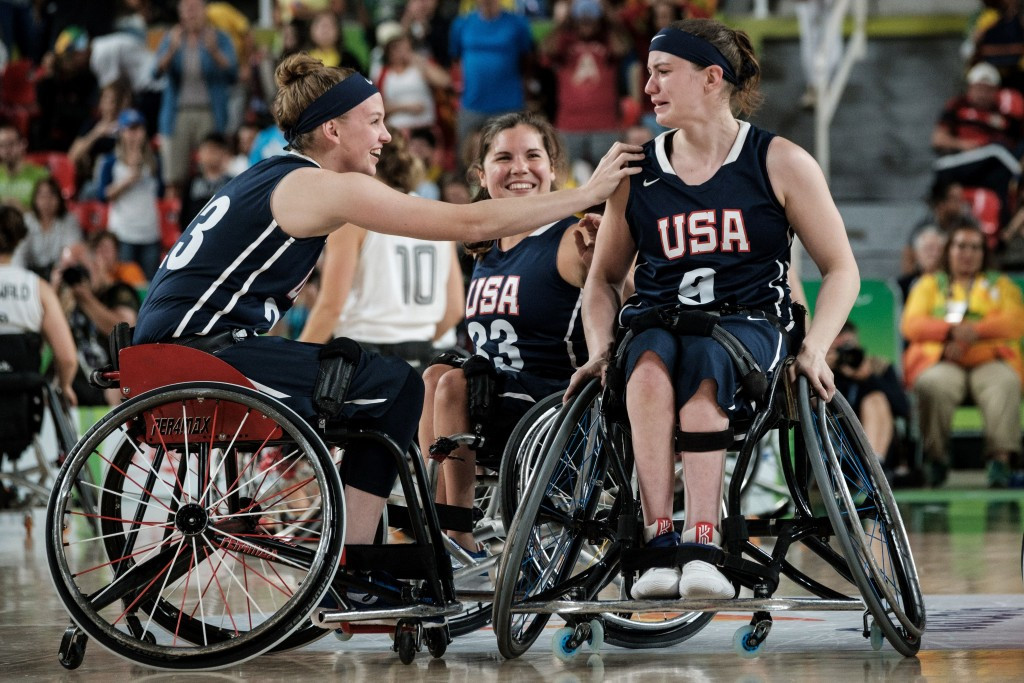 Three Rio 2016 Paralympic gold medallists, including Desiree Miller, are among those that have been named on the United States’ women's wheelchair basketball national team for 2017.

Miller, who was a significant contributor to the US’s triumph in Rio de Janeiro last year, leads the team of 16 athletes.

She is joined on the team by Abby Dunkin and Vanessa Erskine, both of whom also contributed to the US's third Paralympic crown in the last four Games.

Dunkin, a student athlete at the University of Texas at Arlington, was also a member of the gold-medal winning 2015 Para Pan American Games team.

Erskine, a two-time college national champion for the University of Wisconsin at Whitewater, currently plays professional wheelchair basketball in Germany.

The road to the Tokyo 2020 Paralympics for wheelchair basketball starts this year with the America's zonal qualifying tournament, where the US must place in the top four to qualify for the 2018 World Championships in German city Hamburg.

In 2019, the US team will compete at the Para Pan American Games in Peru’s capital Lima, with the quadrennium due to end at Tokyo 2020.

Dunkin will be joined by three other athletes who currently play for the University of Texas at Arlington; Josie Aslakson, Molly Welfe and Morgan Wood.

The University of Alabama is represented by Emily Oberst and Brittany Gustafson, while University of Illinois players Kaitlyn Eaton and Shelby Gruss were selected too.

Lindsay Zurbrugg, who like Erskine attends the University of Wisconsin at Whitewater, has also been chosen along with the University of Arizona’s Sarah Heinzl and four high school athletes; Josie DeHart, Jordan Kozlowski, Riley Ljungdahl and Zoe Voris.

The final selection of 12 athletes for the America's zonal qualifying tournament will occur later this year.

NWBA Hall of Famer Trooper Johnson will serve as the US women's national team head coach.

Johnson, a 15-time US men's national team member and two-time Paralympic medallist, will be assisted by Amy Spangler and Adam Kramer.

"After three days of intense testing and evaluations, we are confident that we have selected the athletes with the best potential for growth and development leading into the new quad," Johnson said.

"This is a young team and our coaching staff is excited about the growth potential that is in front of us.

"We have confidence in this team, and it is starting to fall into place for another successful run to the podium in 2020."

The US women's team dominated the field at Rio 2016, going undefeated on their way to regaining the title they lost at London 2012.