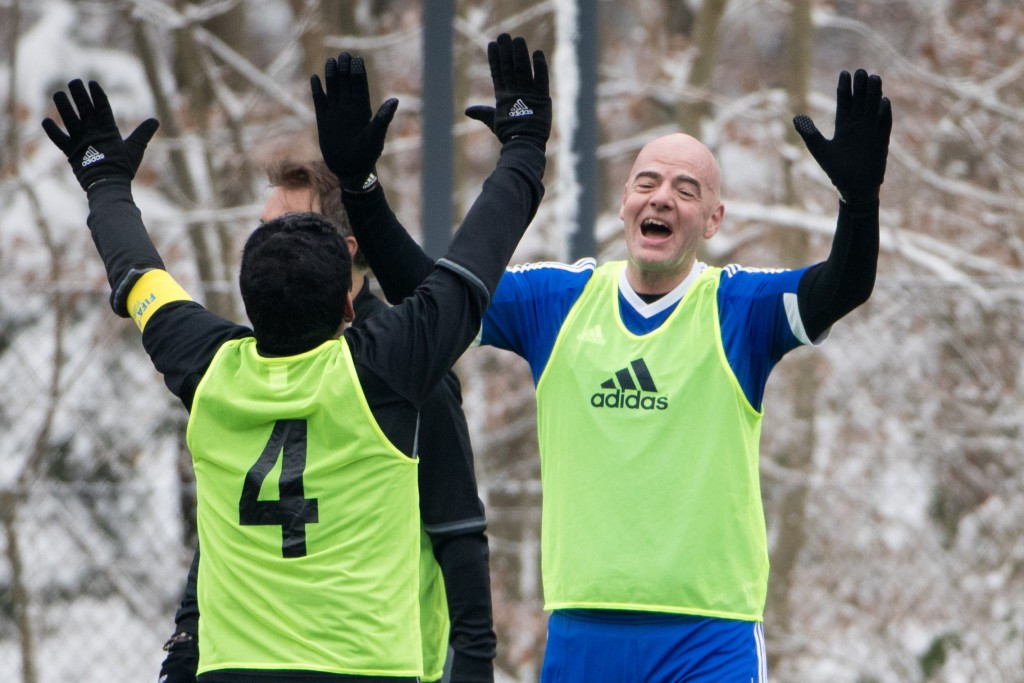 Argentinian football legend Diego Maradona has joined a chorus of former players and managers who have supported FIFA President Gianni Infantino's proposal to expand the World Cup from 32 to 48 teams.

The proposals, which would come into operation at the 2026 edition of football's showpiece event, are to be voted on during a Council meeting taking place at FIFA's headquarters here tomorrow.

The reforms are widely expected to pass, despite opposition from Europe.

The main bone of contention appears to be the distribution of the additional 16 teams among the Continental Federations.

Maradona, part of the victorious 1986 World Cup winning team who is considered one of the greatest to ever play the game, spoke after participating in a FIFA legends match alongside Infantino and many other former players.

"I’m delighted by Gianni’s initiative because it gives chances to teams that otherwise would start the qualifiers knowing they had no chance of getting to the World Cup," the striker said.

"It gives each country the dream and it renews the passion for football, it appears to me to be a fantastic idea.

"We want a FIFA that is clean so people come back to the stadiums, with so much corruption people have got tired of always seeing the same thing."

Maradona's intervention follows support from other high-profile figures within the game this week, including Portugal's José Mourinho, the manager of English Premier League side Manchester United.

These calls have been dismissed by some, however, as a public relations exercise designed to switch the agenda away from the organisation itself.

FIFA have also promoted the view that the expansion would serve to enhance opportunities for "smaller" nations to participate and prosper in the way the likes of Wales and Iceland did at Euro 2016.

Their main motivation appears to be a financial one, though.

A report circulated among the FIFA Council members has predicted an increased total revenue of $6.5 billion (£5.3 billion/€6.2 billion).

This would mark a 25 per cent growth on the record figures recorded at the 2014 World Cup in Brazil.

A total of 80 matches would be played in comparison with the current total of 64, although the tournament would be expected to take place over the same time-frame as previous editions.

All the matches would take place at separate times in a move that, it is hoped, would also enhance broadcasting revenue.

According to The Times, who received a copy of the report, staging matches at times "that are convenient for major markets, regardless of the time zone in the host market, which would offer the greatest potential viewership", is recommended to maximise income.

A proposal to ensure all group matches do not end in a draw is also reportedly being considered, which could involve the introduction of additional penalty shoot-outs.

This is not, however, expected to be decided upon fully tomorrow.