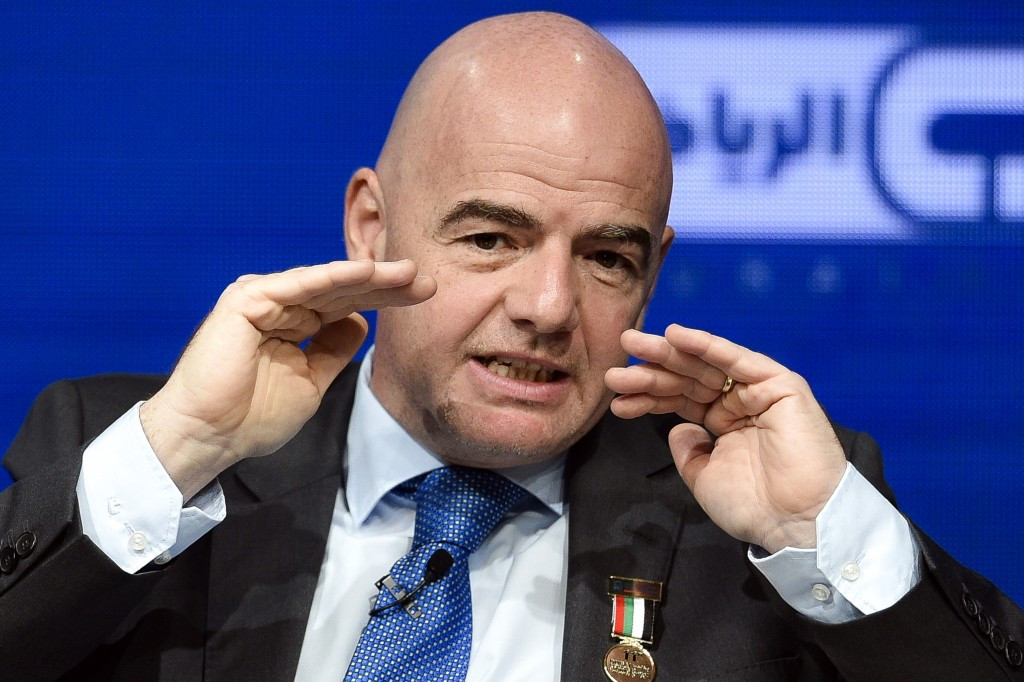 A meeting of the Presidents of each of the constituent Continental Confederations was held today before tomorrow's inaugural Best FIFA Football Awards 2016 gala event.

A Council meeting on Tuesday (January 10) will then be held at which the expansion plans are expected to be approved.

One component of this could be a merger of North and South American qualifying for the 2026 World Cup.

According to South American Football Confederation (CONMEBOL) vice-president Laureano González, who also heads the Venezuelan Football Federation, this has been suggested by FIFA President Gianni Infantino.

"There is a suggestion from Infantino to unify the CONMEBOL and CONCACAF (Confederation of North, Central American and Caribbean Association Football) qualifiers," González told Venezuelan newspaper Meridiano.

"This would have support if they gave us more places [for the 48 team event]."

Under Infantino's proposals, the enhanced World Cup format will see the 48 teams play across 16 groups of three teams.

Two teams would then advance from each group into a round of 32 knock-out format - meaning each team would be guaranteed at least two matches.

Eighty matches would be played in comparison with the current total of 64, although the tournament would be expected to take place over the same time-frame as previous editions.

It would give a greater opportunity for less fancied teams to cause surprises, FIFA claim, highlighting the success of the likes of Wales and Iceland at Euro 2016 when the number of participating countries was expanded from 16 to 24.

But the main benefit appears to be financial, with a forecast of a 20 per cent rise in rights fees paid by broadcasters and sponsors.

Infantino claims that his plans enjoy "overwhelming support" from the 211 FIFA member federations.

Any delay to approval is likely to surround the distribution of additional places between the continental federations.

Some figures, including German Football Federation President Reinhard Grindel, have expressed concern that the changes will dilute the quality of the competition by reducing the proportion of teams from dominant Europe and South America.

Others were initially against the expansion, but are now thought to be accepting the changes because they realise there is nothing they can do to prevent it.

There is no chance of these changes coming in for either Russia 2018 or Qatar 2022, where a 32-team format is guaranteed.

This was all expected to be be discussed at the meeting of the Confederation Presidents today.

The ceremony, seen as a rival to the Ballon d'Or after FIFA ended their six-year association with that event in 2016, sees Portugal's Cristiano Ronaldo, France's Antoine Griezmann and Argentina's Lionel Messi in the frame for the Men's Player Award.

Voting will be based half on the choices of captains and coaches from national teams around the world, with the other 50 per cent divided between a public ballot and submissions from journalists.

Fan and fair play awards are among others due to be handed out.