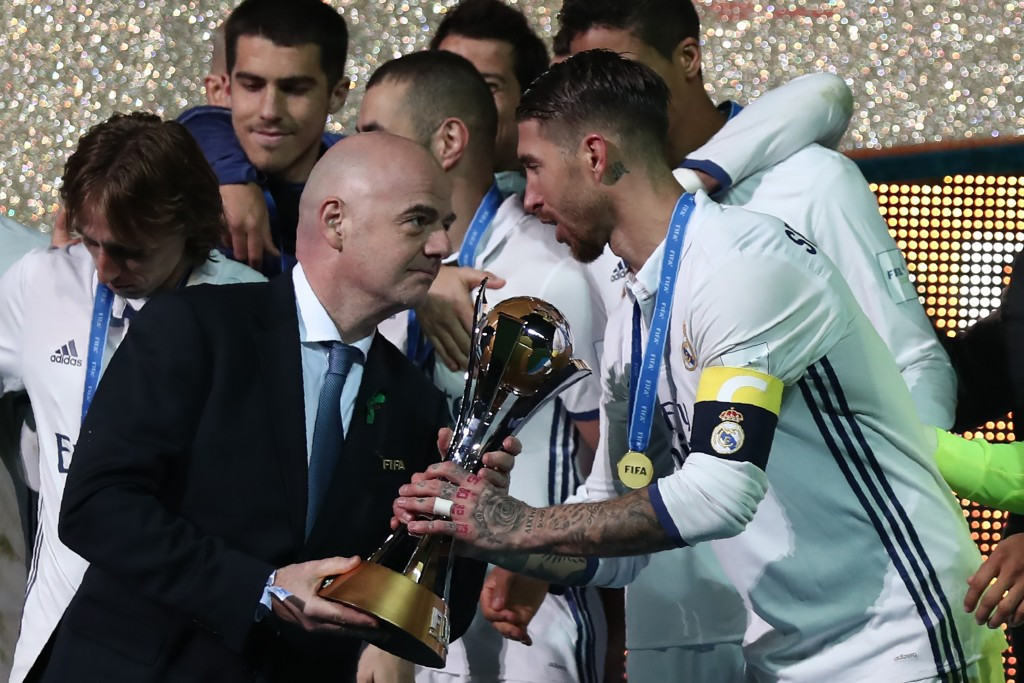 FIFA President Gianni Infantino believes the organisation has “regained credibility” in the wake of the crisis which has engulfed the body and claims the world is gradually beginning to accept the changes he has implemented.

In an interview with Spanish newspaper Marca, Infantino has insisted FIFA repairing its reputation following the corruption scandal, which led to the downfall of predecessor Sepp Blatter and has seen over 40 officials indicted on criminal charges.

“Unfortunately, I think that FIFA spent some time in some difficult periods and went through a tough crisis,” he said.

“We are demonstrating that with hard work, you can regain credibility.”

The Swiss-Italian, elected to replace Blatter in February of this year, has also faced criticism throughout his tenure and escaped sanctions from the Ethics Committee following accusations of questionable expense claims.

Among the other allegations published in June by German publication Frankfurter Allgemeine Zeitung were claims that Infantino made a number of other purchases at FIFA's expense, including a fitness stepper machine, mattresses, a tuxedo, flowers and football boots.

Infantino was also in the firing line for not signing an employment contract with the organisation after he had been unable to agree his salary, one of the factors in the dramatic resignation of Audit and Compliance Committee chair Domenico Scala.

He was reportedly facing an ethics probe for allegedly deleting the recordings of a meeting of FIFA’s ruling Council at the Congress in Mexico City in May, during which he was accused of orchestrating a plot to remove Scala.

The Swiss-Italian then resigned the day after the Congress, sparking a public war of words between Scala and Infantino.

It came after Infantino ushered through a controversial ruling which allowed him to hire and fire heads of the various Independent Committees without putting it to a vote of the Congress.

“Only through that work can we prove to people that this is a new FIFA and that we are in a new era, in terms of how we will govern football,” the 46-year-old added.

“We are working hard and enthusiastically.

“Everyone has understood that FIFA had to change and everyone is very excited about this new way of doing things, with much more day to day involvement with each of the federations.

"There are no decisions that are made by a group of people or one particular person.

“We put everything on the table and are ready to evolve.

“My own perception is that, generally, the football world has accepted the change very well."

Infantino also says he has not forgotten the ongoing criminal probes in the United States and in Switzerland, where FIFA are based, but stressed he is looking to the future rather than back at what has gone before.

“You don't forget about the past but you learn from it in order to avoid repeating the same mistakes in future,” he said.

“There are still open investigations in the United States of America and Switzerland and FIFA are collaborating with them and helping as much as we can.

“But we know that you have to look forward and can't worry about the past.

“You have to learn from it in order to know what has happened."