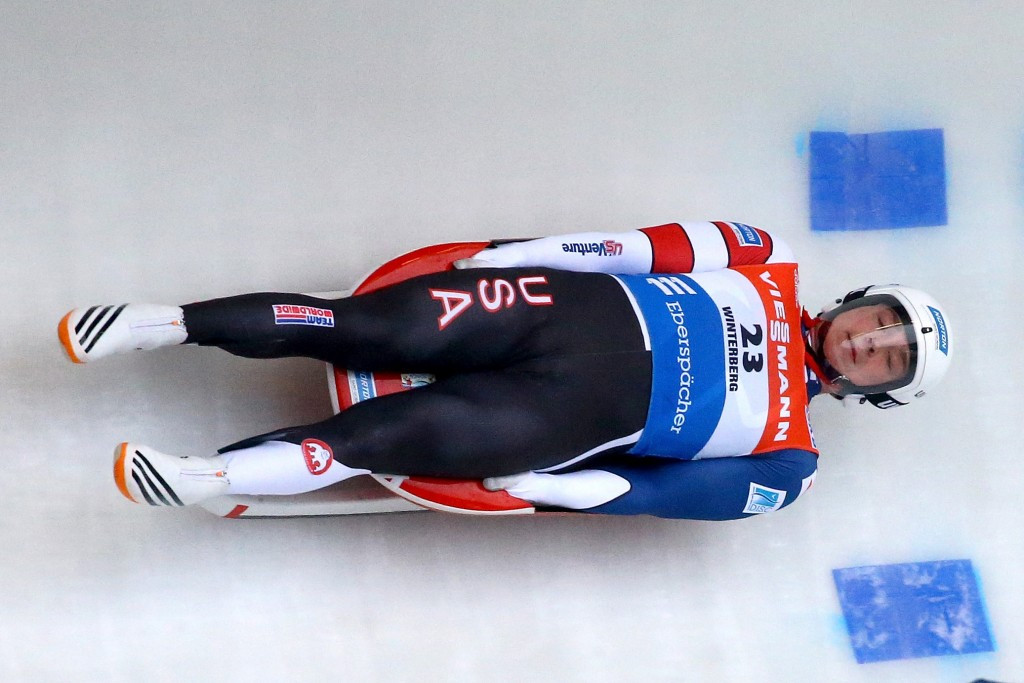 American Tucker West made it back-to-back victories on the International Luge Federation (FIL) World Cup circuit by sliding to victory in Whistler in Canada today.

The 21-year-old, who was victorious last time out on home ice in Lake Placid, came out on top to claim the third World Cup success of his career.

All three races were held today over one run after storms delayed the arrival of equipment and sleds to Whistler, meaning no action could take place yesterday.

West was in fine form during his sole run, clocking a winning time of 50.109sec.

Wolfgang Kindl of Austria was second in 50.153 as Germany's Andi Langenhan clocked 50.243 for bronze.

Germany's overall World Cup champion Felix Loch had to settle for sixth place with a time of 50.317.

"This was a crazy week," said West.

"It was extremely difficult.

"We only had three runs which is half of what we usually get.

"We had training here at the beginning of the year which helped a ton.

"I’m glad I was able to come here and show what I can do, so I’m thrilled with the race today."

Loch still leads the overall standings with a tally of 260 points.

In the women's race, there was a home win for Alex Gough on the Vancouver 2010 Winter Olympic track, as she was timed at 38.796 on a shortened course.

It meant a second place finish for Germany's defending champion Natalie Geisenberger, who finished in 38.848, with her compatriot Tatjana Huefner finishing in 38.850 for bronze.

The two Germans share the overall lead on 310 points.

"It’s overwhelming, to win on my home track is really special," said Gough.

"The one training day was very welcome as I had been in bed nursing a cold for four days beforehand."

In the doubles, Germany's Toni Eggert and Sascha Benecken maintained their 100 per cent record with a fourth victory from four this season, clocking 38.542.

Second went to defending champions Tobias Wendl and Tobias Arlt, with the German duo stopping the watches at 38.570.

The Luge World Cup will now return to the United States, with action in Park City beginning on December 16.