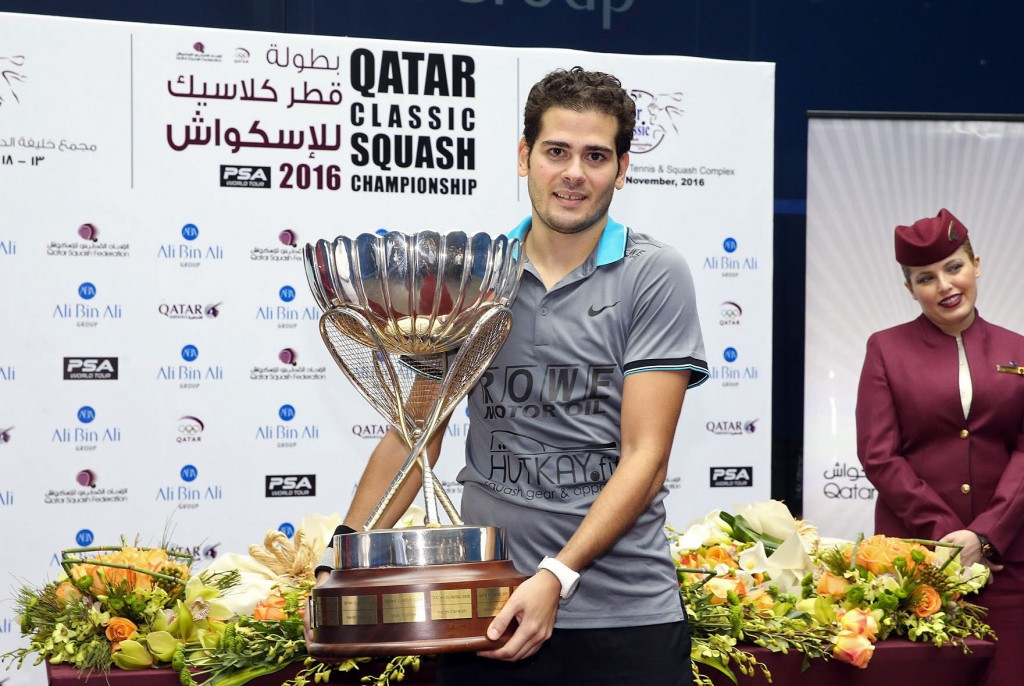 Newly crowned world champion Karim Abdel Gawad has now won a Professional Squash Association (PSA) World Series title for the first time after he defeated world number one Mohamed Elshorbagy in the final of the Qatar Classic in Doha.

Gawad triumphed in the all-Egyptian affair at the Khalifa International Tennis and Squash Complex in straight games, getting the better of his fellow countryman 12-10, 15-13, 11-7.

The 25-year-old, crowned as the men's world champion on home soil in Cairo on November 3 after opponent Ramy Ashour retired in the fourth game, was too strong for Elshorbagy, who won the last two editions of the tournament in Qatar.

He came out on top in two tiebreaks to take the opening two games and the world number three then saw out the match superbly in the third.

It means that Gawad will overtake Elshorbagy in the PSA Road to Dubai standings - which all World Series events count towards.

Only the top eight players at the end will qualify for the season-ending event in the United Arab Emirates city.

"For the first time, I was under pressure.

"When you are a world champion, people expect you to win and expect that you have a big chance to win.

"That is a new element I had to integrate into my preparation.

"But next season, I’m aware that I’ll have to make sure I’m very consistent if I want to stay in competition with the top boys."