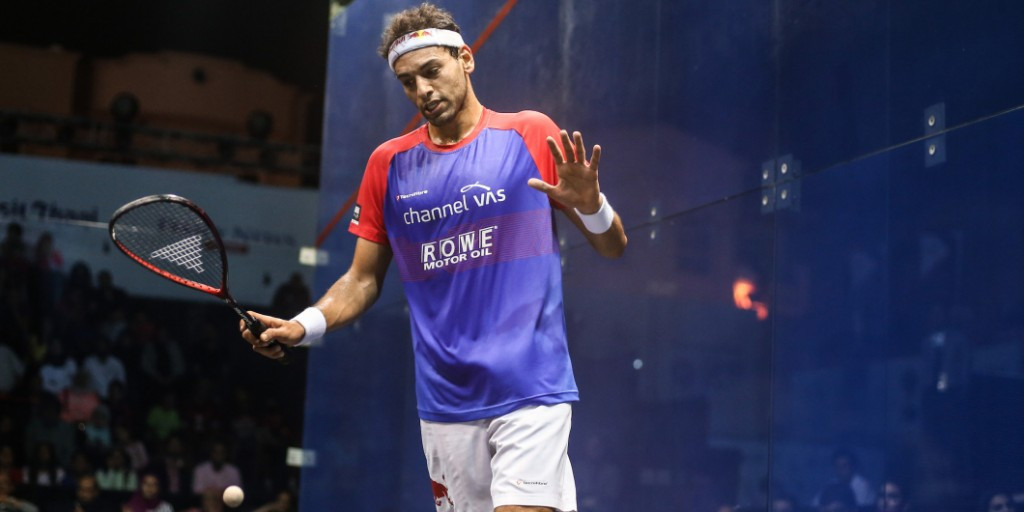 Defending champion and world number one Mohamed Elshorbagy began with a hard-fought victory over Peruvian rival Diego Elias on the opening day of the Professional Squash Association (PSA) Qatar Classic at the Khalifa International Tennis and Squash Complex here.

English duo Nick Matthew and James Willstrop were among other winners on the opening day of competition.

Elshorbagy started well but was put under pressure in the second game by an opponent who has risen to a career high world ranking of 27th this month.

Elias, a silver and bronze medallist at the 2015 Pan American Games in Toronto, won the second and fourth games before running out of steam in the fifth.

"I have great memories in Qatar, that’s where I won my first World Series title, so it’s a very important place for me," Elshorbagy said.

"I’m just very happy to get through and live another day in this event.

"I think it’s just my experience that paid off at the end of the fifth, I got a good start there too."

Three-time world champion Matthew was made to dig even deeper before prevailing over home wildcard Abdulla Mohd Al-Tamimi.

Several leading contenders have withdrawn from the event.

Egyptian Ramy Ashour has failed to recover from his hamstring injury, while world number two Gregory Gaultier was forced to withdraw with the Frenchman still suffering with an ankle problem.