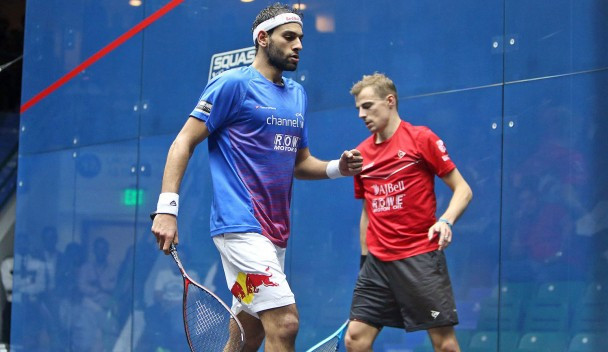 Mohamed Elshorbagy produced a stunning comeback as he fought from two games down to earn a dramatic victory over his English rival Nick Matthew at the Professional Squash Association (PSA) Qatar Classic at the Khalifa International Tennis and Squash Complex today.

The Egyptian had been forced to win a five-game match against Germany’s Simon Rösner yesterday and knew he would have to do so again when Matthew claimed the opening games of the semi-final 11-8, 11-9.

Elshorbagy, who is looking to be the first man to win the event three times, kept himself in the tie by winning the third 11-9.

“For me tonight, I think that was my best performance of the whole season,” said Elshorbagy, who had only lost one of their seven meetings.

“The way I fought back and the way we played, I think we had a go at each other, but we played the game in the right spirit.

“I think we played a great match, it was a great battle.

“Thanks to him for having a great match and I'm sure we're going to have other great battles again in the future.”

Gawad fell behind in the early stages of the contest, losing an absorbing opening game 16-14.

The Egyptian was gradually able to take control of the match, with his rival appearing to be suffering from an injury.