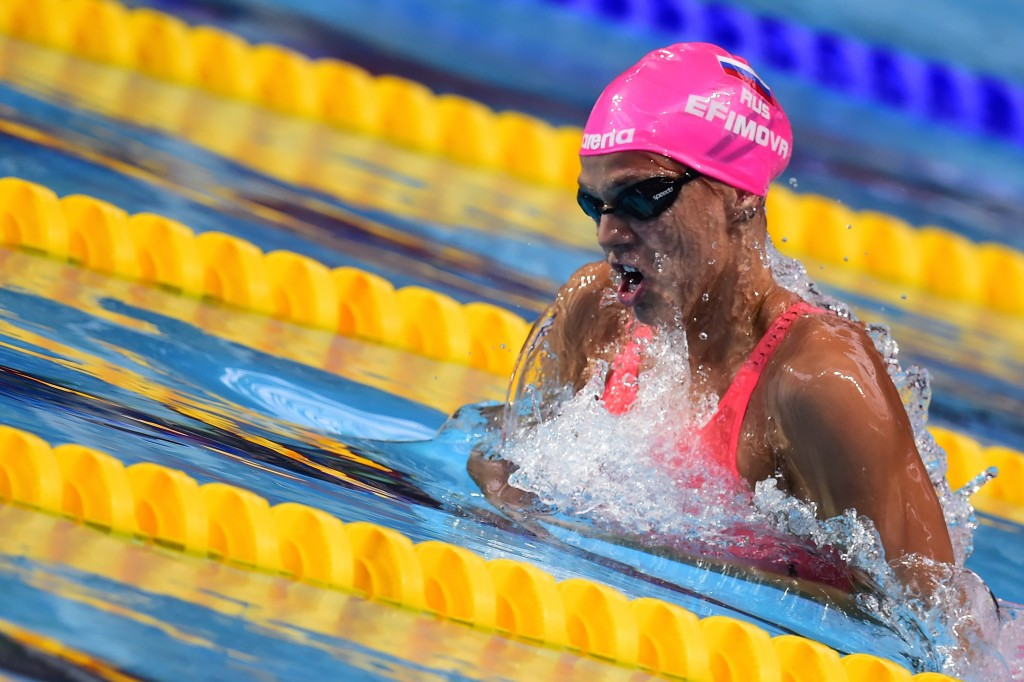 Efimova, the Olympic bronze medalist in the 200 metres breaststorke at London 2012 and a four-time world champion, announced in March that she had tested positive for the banned heart attack drug meldonium the previous month.

FINA suspended Efimova but lifted the ban in May.

"We received an official notification from FINA just an hour ago that all the charges [against Efimova] had been dropped," her lawyer Artem Patsev told Russia's official news agency TASS.

"She is free to compete.

"No punishment has followed."

The 24-year-old Efimova had already been added to Russia's team for Rio 2016 in anticipation that she would be cleared by FINA.

"We are all really happy for Yulia," said Patsev.

"She will join up with the team in Rio de Janeiro on 1-2 August."

Mutko, though, claimed that Efimova, who had previously been banned for 15 months in 2014 after testing positive for the anabolic steroid dehydroepiandrosterone (DHEA) in 2014, had been treated unfairly.

"They have created a mountain out of a mole hill," he told TASS.

"It was wrong that the World Anti-Doping Agency acted that way.

"It ought to have conducted a research prior to imposing bans.

"We excruciated and criticised ourselves saying we should study each formula.

"We certainly should but it is not our function.

"It is necessary to be responsible before sport and people."

But swimmers from around the world criticised the decision by FINA.

They were led by Lithuania's Ruta Meilutyte, the Olympic 100m breaststroke gold medallist at London 2012, and one of Efimova's biggest rivals.

She tweeted: "Congratulations @fina1908 you've just lost the faith of thousands of swimmers and supporters".

Meldonium was added to the banned list at the beginning of the year after WADA claimed there was evidence that it was being used for performance enhancing purposes.

WADA admitted in April, however, that more research was required to calculate how long the product remains in the human body.

It was ruled that if below one microgram of meldonium was detected and the failed test came before March 1, a negligence or no fault verdict could be reached.

Since the ban was issued, WADA have announced even more lenient concessions in which athletes who returned a positive test for the heart-attack drug between January 1 and February 29 can also be given a “no fault” verdict if their sample contained less than five micrograms of meldonium.

TASS has claimed that almost 300 Russian athletes have tested positive for meldonium since it was added to the banned list by WADA but that most have now been cleared.

Russian tennis player Maria Sharapova, however, was banned from competitions for two years after she had admitted taking meldonium for 10 years.

The five-time Grand Slam winner has appealed to the Court of Arbitration for Sport and a decision is due on September 19.