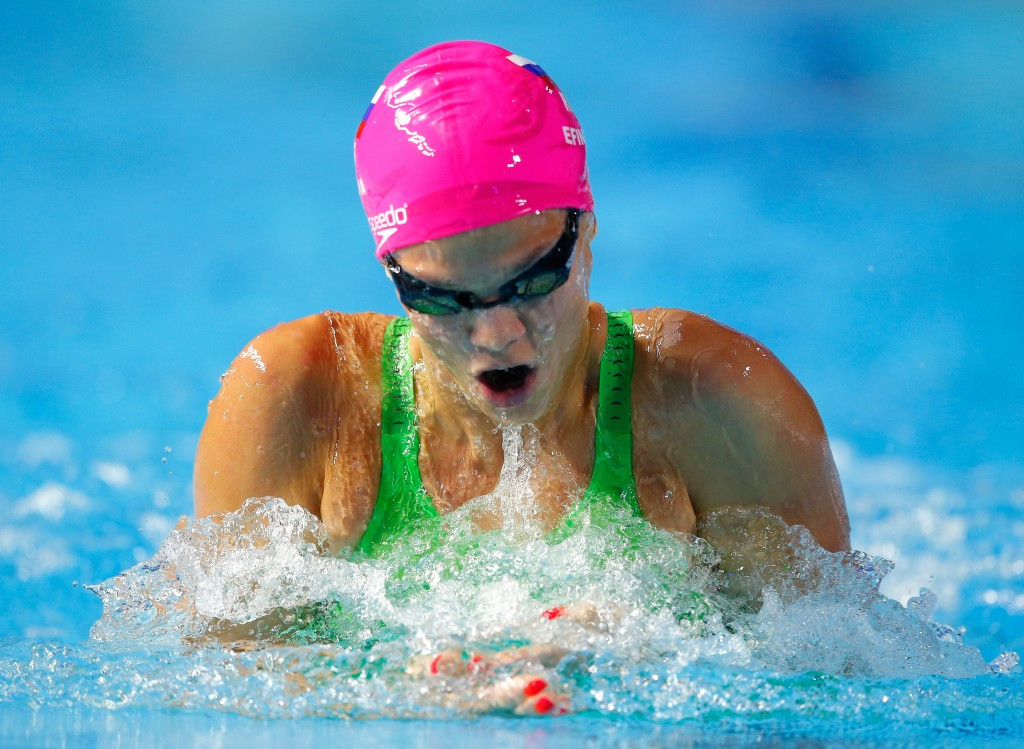 Russian swimmer Yuliya Efimova has called for an investigation into the Salt Lake City doping laboratory after she failed a drugs test for meldonium.

It comes as the 24-year-old has been named in the Russian team for August's Olympic Games despite an anti-doping hearing by the International Swimming Federation (FINA) having not yet delivered a verdict.

Efimova, the 100 metres breaststroke champion at last year's home World Championships in Kazan who has four world titles in all, has sent a letter to both the International Olympic Committee (IOC) and the World Anti-Doping Agency (WADA) calling for an investigation.

"The incompetent and negligent persons who work in the laboratory disrupt [sic] the preparing of Yulia Efimova to the Olympic Games in Rio 2016 and jeopardized her appearance in Rio," said the letter, written in conjunction with her agents Anna Mitkova and Andrey Mitkov.

She claims to have provided five doping samples between February 15 and March 5, with three analysed in Los Angeles, one in Montreal and one in Salt Lake City.

While the first four tested positive for meldonium, a substance only added to the WADA banned list on January 1, the latter one was unexpectedly found to be negative.

WADA admitted in April that more research is required to ascertain how long the drug stays in the human body.

It was ruled that if below one microgram of meldonium was detected and the failed test came before March 1, a negligence or no fault verdict could be reached.

Efimova claims to have only taken meldonium, a heart attack drug thought to boost endurance, before it was banned.

She insists that her levels were below the one microgram limit and would have been lifted in April, if it was not for the supposedly "false negative" submitted in Salt Lake City.

Because this came so soon after the four positives, it suggested that she had been taking meldonium in February, thus while it was banned.

Her suspension was eventually provisionally lifted in May after re-analysis of the sample proved it was positive after all.

But, in the meantime, she remained unable to compete in the Russian Swimming Championships.

"Moreover, due to the stress suffered by me because of the maintaining of my provisional suspension, I had a serious illness [purulent angina] after which I had to rehabilitate for almost a month.

"My coach - David Salo - has immediately informed me that our coach-athlete relations were terminated, and this by itself put the whole preparation process for the coming Olympics into jeopardy as well."

The validity of some of these claims is questionable, considering Efimova's suspension was predominantly due to her failure for meldonium rather than any false negative.

Efimova, a bronze medal winner at London 2012, also qualifies for Rio by virtue of her World Championship performance regardless of the fact she missed the National Championships.

She previously served a 16-month ban from the sport for a previous failure for banned prescription steroid DHEA in 2013.

But her case is significant as it could set a precedent for other athletes to claim that they have "suffered harm" due to doping.

It is not yet clear whether the fact that Efimova has been included in the Russian Olympic team means she will be cleared by the FINA panel, with Russian Swimming Federation head Vladimir Salnikov also a FINA Bureau member and possibly aware of an impending verdict.

The list of squad members referred to includes swimmers who could not race at the National Championships in Moscow for reasons “outside of their control”.

Two other athletes to have been implicated in doping scandals are also included, in Natalia Lovtsova and Daria K. Ustinova, who did so aged 14.