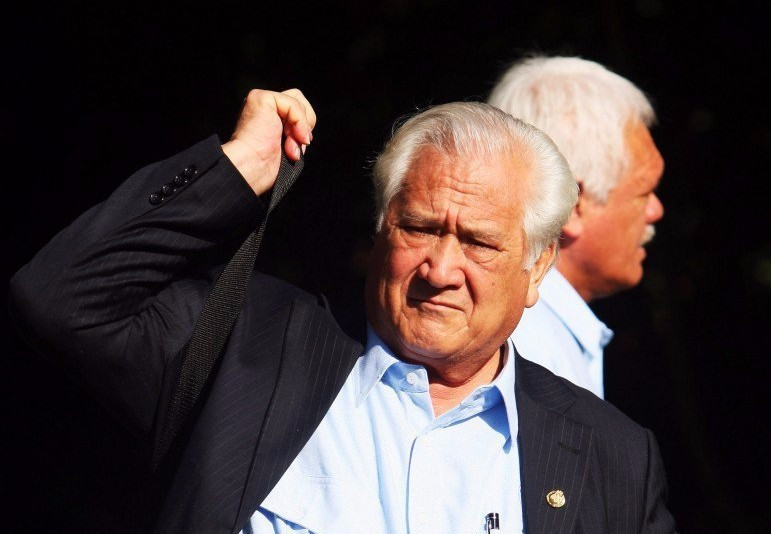 A 45-day performance review of the Tonga 2019 Organising Committee has been proposed by the Tonga Sports Association and National Olympic Committee (TASANOC) in a bid to end an ongoing rift which has threatened the country’s hosting of the Pacific Games.

The build-up to the event in three years’ time have been dominated by a row between the Pacific Games Council (PGC) and the Tongan Government concerning Feleti Sevele’s leadership of the Organising Committee.

Sevele, a former Prime Minister of Tonga, was sacked by the Government last month but the PGC claimed they do not have the authority to make such a change.

According to the PGC’s Constitution, only the Organising Committee, the TASANOC, who are the PGC’s member in the country, and the PGC itself have the power to hire and fire people within Tonga 2019.

Tonga's Prime Minister Akilisi Pohiva had insisted earlier this month that they would continue the search for a replacement chairman despite the PGC threatening to strip them of the event if the furore continued.

Tonga's Chief Secretary Palenitina Langa'oi has reportedly written to the PGC that the Kingdom would be prepared to lose the hosting rights for the Games if they were not able to replace 71-year-old Sevele, the Prime Minister of Tonga between 2006 and 2010.

Kaniva Pacific reports Langa'oi wrote a letter in response to the the PGC threat to strip the country of the event, claiming the Government would stand by its decision to drop Sevele.

Sevele was reportedly sacked after Pohiva had held discussions with last year's hosts, Papua New Guinea, about cutting costs and the management structure.

The development came before PGC President Vidhya Lakhan met with Sevele during a recent inspection visit to Tonga to assess the current state of preparations.

Lakhan conducted a comprehensive tour of the venues proposed for the Games, such as the Tonga High School, the Nuku’alofa waterfront, and the Teufaiva Stadium, and declared he was satisfied with the levels of progress.

The meeting appears to have eased tensions between the Government and the PGC as Lakhan also met with Pohiva during the visit.

“The PGC is pleased that the Honorable Prime Minister is now involved in overseeing the Tongan Government’s commitment to hosting the 2019 Pacific Games and providing the necessary facilities and funding support to stage a successful Games,” he said.

“Progress was evident in the development of the Games Master Plan.

“Last year, my Executive Board endorsed the BECA Master Plan, and I support some of the modifications to this Master Plan that were presented to the Audit & Governance Authority meeting this week by Tongan Government representatives, particularly the additional playing field and warm-up facility at the Police Training compound adjacent to the Teufaiva Stadium.”

The news comes after the International Monetary Fund called on Tonga to grant aid to finance the Pacific Games as financial fears around the event continue.

Last July, Tonga Chamber of Commerce President John Chapman urged the Government to pull out of hosting of the 2019 Pacific Games amid growing fears over how they will be financed.

Chapman’s comments followed Pohiva claiming the financial position of the country was unsatisfactory and warned it may be impossible for them to prepare properly.