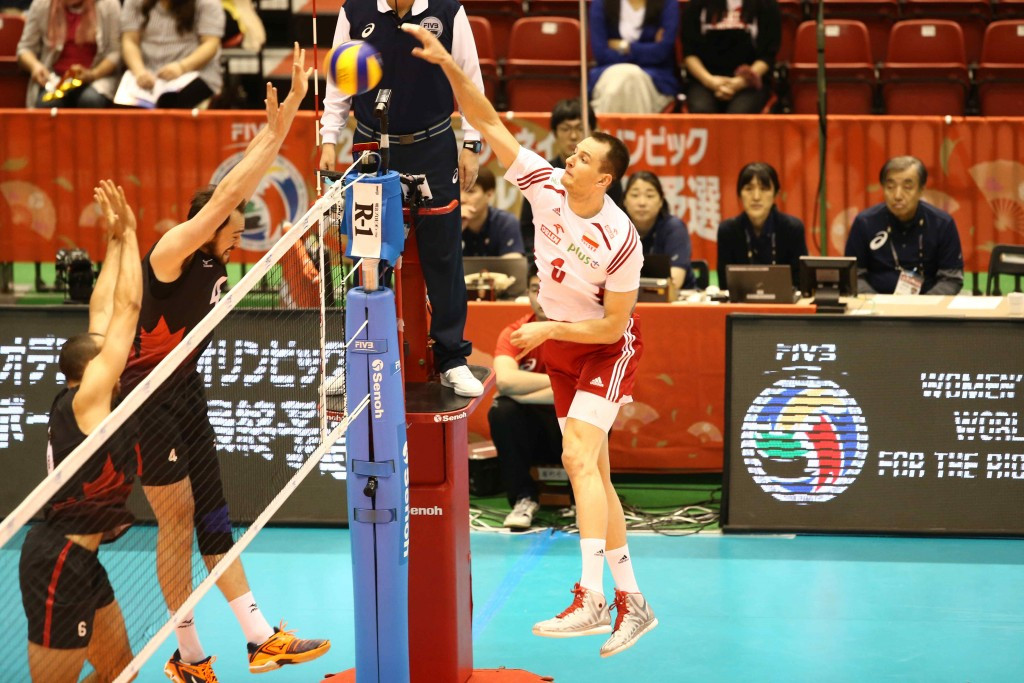 Poland began their pursuit of a spot at Rio 2016 with a battling 3-2 victory over Canada on the opening day of the International Volleyball Federation (FIVB) World Olympic Qualification Tournament at the Tokyo Metropolitan Gymnasium.

The current world champions could never quite break away from the North American outfit, who kept restoring parity to ensure the contest went to a decider.

Bartosz Kurek was the star of the show for the Polish side with 21 points and he was ably backed up by Mateusz Mika, who registered 18 points.

The event also doubles as the Asian qualifier, with the top side from the continent guaranteed a place at this year’s Olympic Games.

The top three ranked teams from outside of Asia will also secure their Rio 2016 berth.

Elsewhere on the first day of action in the Japanese capital, Iran emerged as the early leaders as they surged to the summit of the rankings with a comfortable straight sets triumph against Australia.

France, the 2015 FIVB World League winners, also opened with a win by overcoming China despite surprisingly losing a set.

The tournament continues tomorrow as France meet Poland in one of the most eagerly-anticipated clashes of the event.

Japan will be aiming to build on their success against Venezuela when they take on China, while Iran play Canada and the South Americans face Australia.