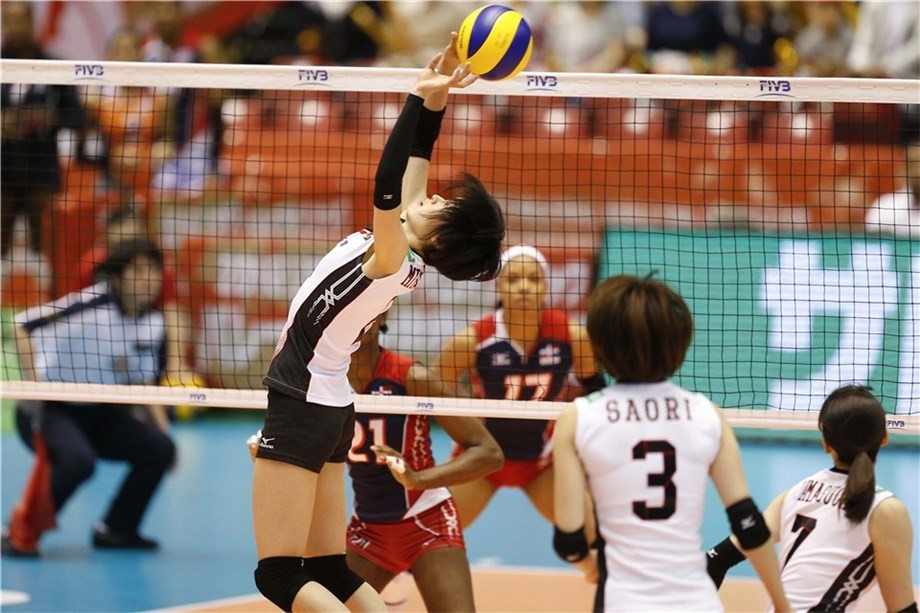 A superb display of setting from Haruka Miyashita and powerful spiking from Miyu Nagaoka eased Japan to a straight-sets victory over the Domincan Republic today at the International Volleyball Federation (FIVB) women's qualification tournament in Tokyo.

Miyashita's superb serving always appeared too much for the Dominican side to handle, with Nagaoka capitalising by picking up 21 points in little more than two sets of action.

Japan are still not guaranteed qualification despite the victory, but Dominican Republic now have no chance of making the Games despite a plucky effort.

Japan are now one of four teams have won four times and lost just once after five matches.

A penultimate round of matches will take place tomorrow.

The eight team round-robin tournament is doubling as a Rio Asian qualifier - with the best performer from the continent automatically qualifying for the Games regardless of where they finish.

The best three other countries will also advance.