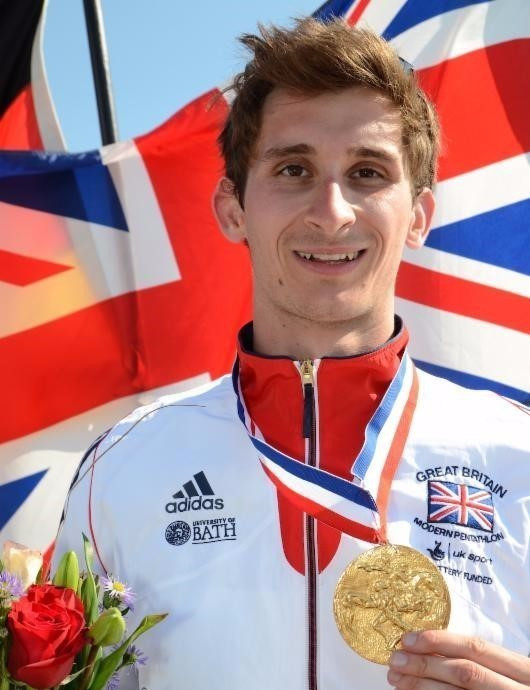 The 25-year-old made it back-to-back victories on the World Cup circuit after his success in Kecskemet in Hungary last month, and by winning the season finale has bagged one of the biggest prizes in the sport.

Cooke stayed in contention all day and pounced during the combined event to come home ahead of his rivals.

"It was the World Cup Final, there were big Olympic qualifying points on offer and everyone was fighting for them, and I know myself that the pressure was there," said Cooke, who also won the World Cup leg in Sarasota last season.

"Fortunately, other people were feeling the pressure in the shooting as I was, so that was good.

"To be honest, I just came here for points.

"Obviously winning is quite good and it's maximum points, but the points is all we were focused on.

"The focus has to be Rio, because that's the pinnacle of our sport and it's every four years, but next it's the World Championships and everything feels pretty good at the moment."

China's Guo Jianli was the overnight leader after 24 wins from 35 bouts in the fencing round, but Egypt's Amro El Geziry went in front after the swimming with Cooke one of only two other athletes to clock a time below two minutes.

El Geziry and Guo were strong again in the fencing bonus round to remain at the top and it was the latter who led after the riding, incurring 11 penalty points.

The Chinese pentathlete had a nine second lead going into the combined run/shoot, but Cooke was lurking and seized control after the third shooting series.

Guo took 26 seconds to score his five shots with the Briton taking just 11, moving into the lead and never looking back.

The World Cup Final in the American city will conclude with the mixed relay tomorrow.