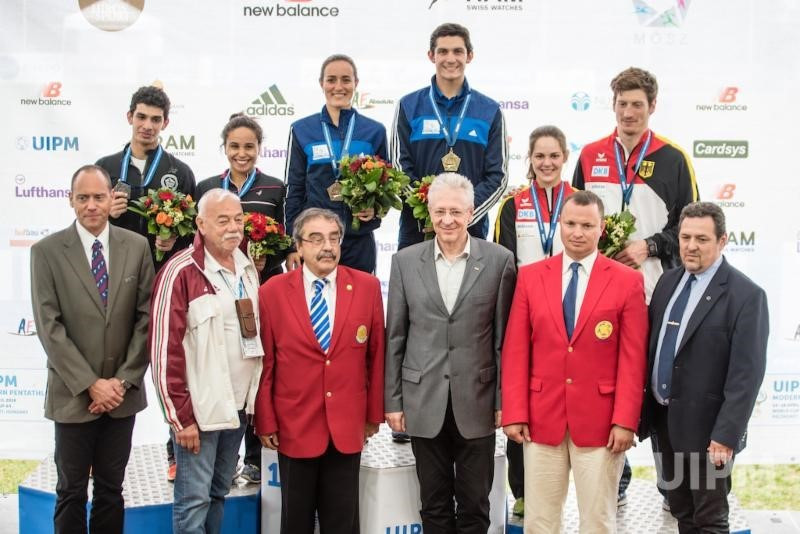 Guatemala won the gold medal in the mixed relay as the International Modern Pentathlon Union (UIPM) World Cup which fnished in Kecskemét in Hungary today.

The duo of Isabel Brand and Charles Fernandez timed their charge in fine style with a near-perfect display in the riding proving to be key.

The mixed relay is not an Olympic discipline but today's result will still raise Guatemalan hopes for Rio 2016 with Fernandez aged only 20 and Brand just 19.

The Central American country has won just one Olympic medal - a silver for race walker Erick Barrondo in the 20 kilometres at London 2012.

Brand also contributed with a fine performance in the combined event, where she impressed with her shooting, while both competitors did well in the fencing round.

"It's my first World Cup medal and I am really, really pleased," she said.

"I was really happy with my fencing and I had a good horse - I loved him.

"Shooting was also really good and swimming, too, so I happy with it.

"After that we were able to maintain our lead in the combined event.

"Overall it was a great competition, we learned a lot and we are just looking forward to the next competitions, especially the Olympic Games."