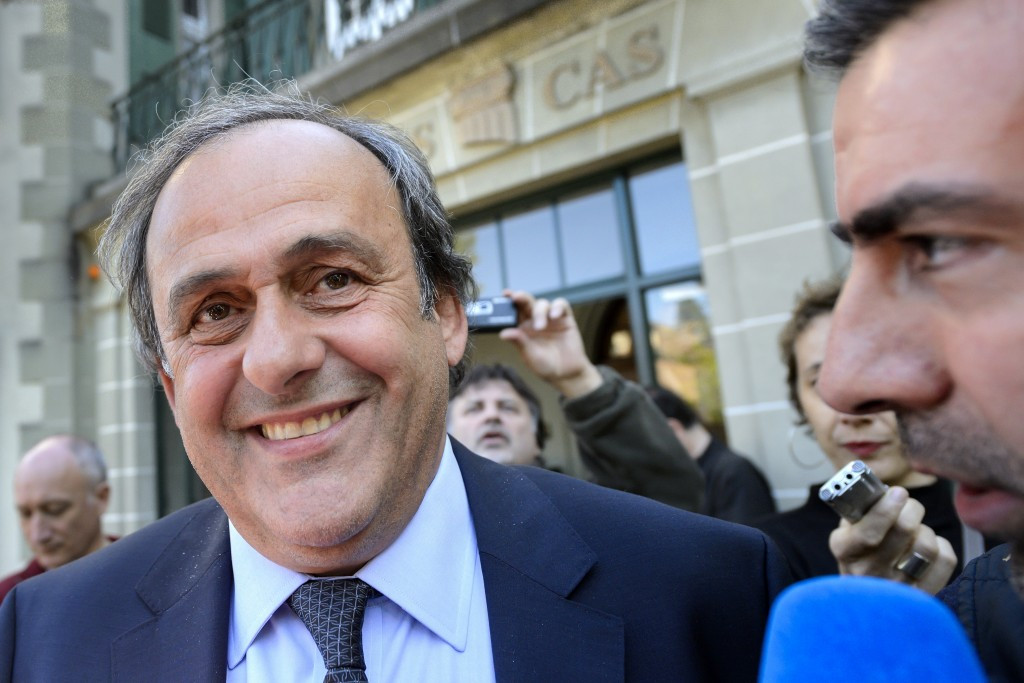 Banned UEFA President Michel Platini was in confident mood as his attempt to overturn his six year ban from football was heard at the Court of Arbitration for Sport in Lausanne today.

The Frenchman, along with former FIFA President Sepp Blatter, was initially given an eight year ban by world governing body FIFA in December.

This decision was made by the Adjudicatory Chamber of FIFA's Ethics Committee due to an alleged "disloyal" payment of CHF2 million (£1.5 million/$2 million/€1.8 million) made to the Frenchman by the Swiss in 2011.

These bans were then cut to six years by the FIFA Appeals Committee.

Both men have repeatedly denied any wrongdoing, however, and want to see their bans completely quashed.

"We're at the beginning of the game, a new game, in the final," Platini said today.

"I hope the outcome will be good.

"I am optimistic, we will win."

A verdict is expected on May 9, with Blatter - who appeared as a witness during today's hearing - also taking his case to the body.

Platini's hopes to succeed the Swiss as FIFA President were ended by his ban, with his former Secretary General at UEFA, Gianni Infantino, elected instead in February.

Both men could have their suspensions increased by CAS, with the potential for life bans.

FIFA has already ruled that there was a lack of evidence to suggest the payment between the men was a bribe but still convicted them of ethics breaches.

Sixty-year-old Platini has always insisted he received the money for work he carried out at FIFA during 1998 and 2002.

However, the nine years he waited to receive the balance raised question marks.

UEFA, the European governing body, is holding off on electing a new President until all appeal avenues have been exhausted.

Spaniard Angel Maria Villar is currently serving as acting President of the body.

Platini is set to miss next week's UEFA Congress in Budapest.

If he is reinstated, he would be free to appear at June and July's European Championships in his native France.