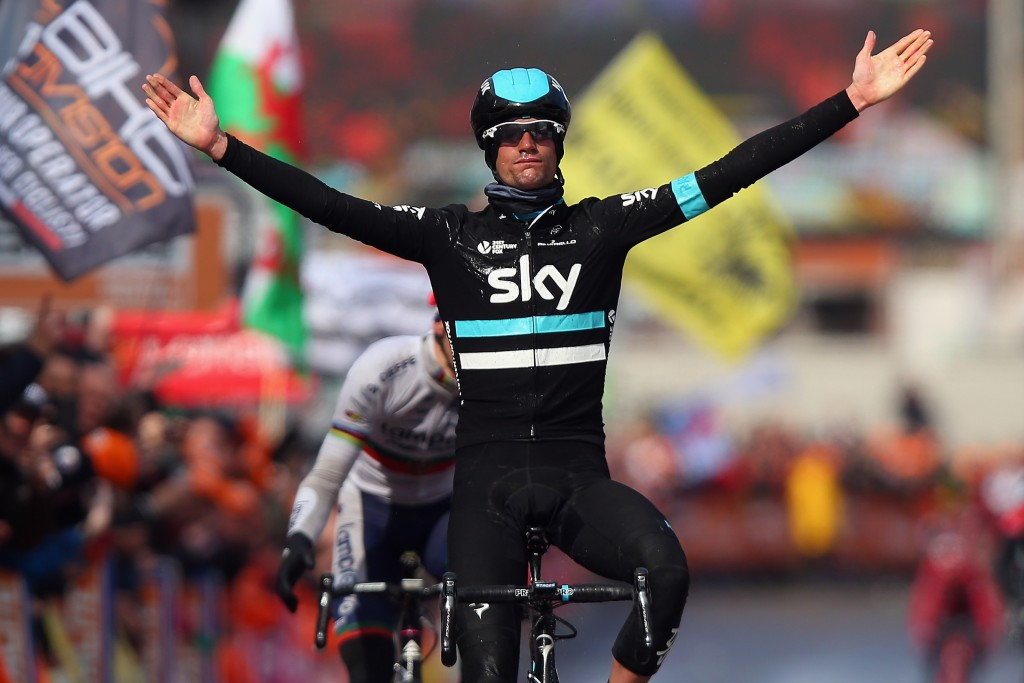 The event, the oldest of cycling's one-day classic races, was shortened by five kilometres as persistent rain, snow and sleet fell on the course, proving a big factor as a host of the favourites struggled.

Poels, 28, timed his attack perfectly as he launched an assault on victory in the home straight, blowing the rest of the field out of the water to cross the line in 6 hours 24min 29sec in an event that is part of the International Cycling Union WorldTour.

Switzerland’s Michael Albasini of Orica-GreenEdge was forced to settle for second having been well-placed in the four-man group which broke away towards the end of the race, with Rui Costa of Portugal, who rides for Lampre-Merida, claiming third place.

Defending champion and pre-race favourite Alejandro Valverde, the Spaniard who is a member of the Movistar team, endured a difficult outing as he toiled in the atrocious weather.

Although all 10 of the classified climbs went ahead as scheduled, the conditions were still troubling and Valverde was one of the main riders to suffer.

He was not able to join the four-strong attacking group and finished well adrift of the podium places in 16th.

Poels, whose victory saw him become the first Dutchman to win the Liège-Bastogne-Liège since Adri van der Poel in 1988, had attacked on the climb before going again on the home straight, a move which was crucial in his fully-deserved victory in the arduous 248 kilometres event.

His triumph capped off a remarkable recovery after a brutal crash during the 2012 Tour de France cost him one of his kidneys.

Poels’ team-mate Chris Froome of Britain, the reigning Tour de France champion, crashed early on and was only able to manage 112th place.

The five "Monuments" are generally considered to be the oldest, hardest and most prestigious one-day events in cycling.

Besides this event, they include the Milan–San Remo, the Tour of Flanders, Paris–Roubaix and  Giro di Lombardia.

“The weather was even snowing, it was a really hard day.

“I like the last [categorised] climb, we got away there.

“It was really hard conditions.

“I didn’t feel super any more but everybody was really tired.”