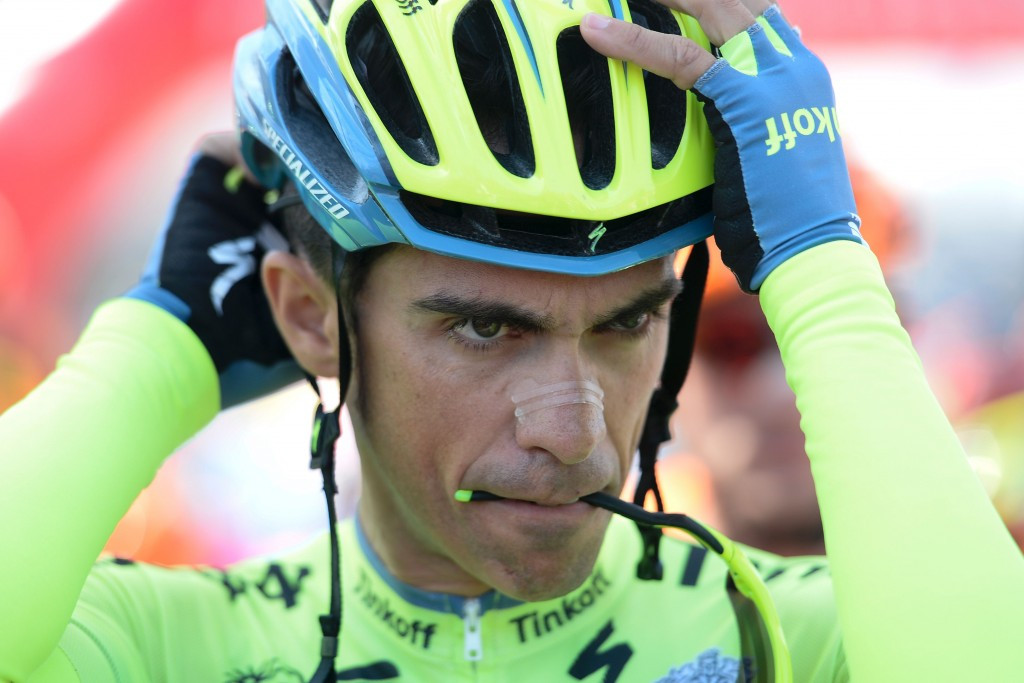 The Tinkoff rider was six seconds behind Colombia’s Sergio Henao heading into the 16.5 kilometre test against the clock in Eibar.

Contador produced an impressive display to lead at each of the time checks throughout the stage, with the Spaniard coping easily with the wet conditions on the descent to complete the course in a time of 29min 13sec.

It saw him end 12 seconds clear of Henao in the final standings, with the Team Sky rider finishing 18 seconds off the pace.

Henao’s fellow Colombian, Nairo Quintana, moved into the final podium position after producing a fine display in the time trial.

The winner of the Volta a Catalunya last month could have secured the stage victory but opted to change from a road bike to a specialist time trial one after the final climb.

A slow change saw the Colombian lose crucial seconds, which eventually saw him end five seconds behind Contador on the stage and 37 seconds adrift overall.

Despite losing the overall lead, Henao was crowned the winner of the points classification at the race, which is also known as the Tour of the Basque Country.