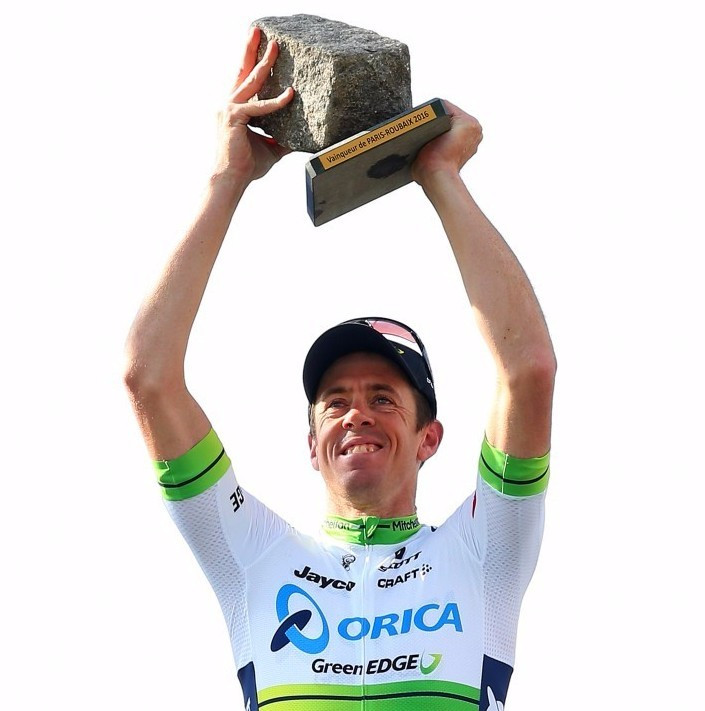 The 37-year-old, who broken his arm last month, has spent the majority of his career as a domestique but had previously finished in top 10 at the International Cycling Union (UCI) WorldTour race twice before.

Hayman was involved in a dangerous move after 75 kilometres of the 257km cobbled race when 16 riders moved clear of the peloton.

A crash caught out several favourites, including Slovakia’s Peter Sagan and Switzerland’s Fabian Cancellara, with Germany’s Tony Martin attacking from the chasing group.

The three-time world time champion was joined by Boonen, Britain’s Ian Stannard, Australia’s Luke Durbridge, Germany’s Robert Wagner and Edvald Boasson Hagen of Norway, as they looked to chase down the 13-man breakaway.

With 60 kilometres remaining they were joined the leaders and the majority of the group remained together until the closing stages.

Belgium’s Sep Vanmarcke attempted to move clear at the Carrefour de l'Arbre section of cobbles, with 15km to go, but his move was marked by Stannard, Boason Hagen, Boonen and Hayman.

The five riders would eventually reach the historic Roubaix Velodrome, the scene of four previous victories for Boonen.

He was denied a record fifth win, which would have seen him move clear of fellow Belgian Roger De Vlaeminck, as Hayman triumphed in the sprint to claim victory in 5 hours 51min 53sec.

The victory saw the Orica-GreenEdge become only the second Australian to win the classic, following Stuart O’Grady’s success in 2007.

Boonen was forced to settle for second place on the same time as the stage winner, with Team Sky’s Stannard finishing third.