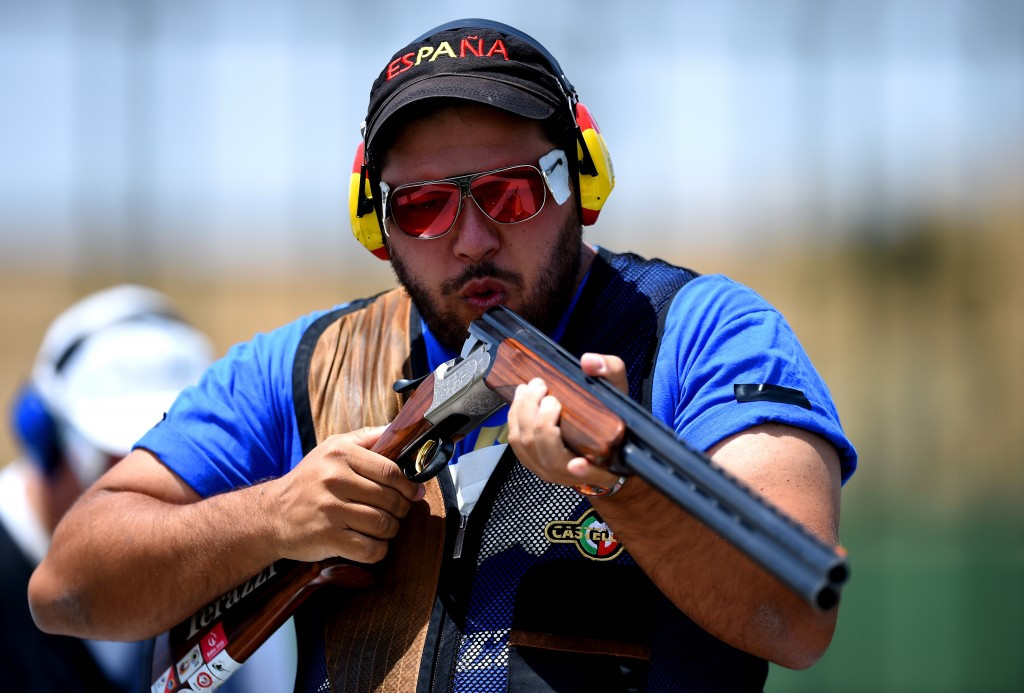 The pair both claimed 50 points out of 50 at the Olympic Shooting Centre in Deodoro, with the competition doubling as a test event ahead of the Rio 2016 Games in August.

Fernandez, the 2010 world champion, won an all-Spanish trap final at the World Cup in Nicosia in March, in the process booking his Rio place at the expense of defeated compatriot Antonio Bailon.

A trio of shooters sit behind the two leaders on 49 points, including Croatia's London 2012 gold medallist Giovanni Cernogoraz.

Another Croatian, Josip Glasnovic, also recorded the score as well as Yannick Peeters of Belgium.

In the women's event, Australian Catherine Skinner tops the pile ahead of her team-mate Laetisha Scanlan.

Skinner, who won the Universiade title in Kazan in 2013, recorded 48 hits with Scanlan one behind on 47.

Sonja Scheibl of Germany matched Scanlan with 47 and sits third.

Action in Rio will continue tomorrow with the women's 10 metre air rifle final before the women's trap final.

The men's 10m air pistol final will conclude the action.

The men's trap final will take place on Sunday (August 17).

All of the shooting disciplines are being contested in the Brazilian city - rifle, pistol and shotgun.

In total, 661 athletes are entered from 88 different countries.

In contrast to many test events held in other sports in recent months, the event will be on a level comparable with an Olympic competition, with many of the world's best due to be present.

The competition will conclude on April 24.