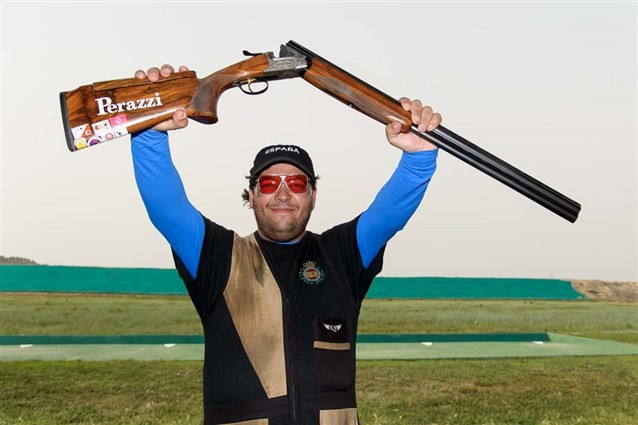 The 32-year-old, who won the world and European titles in 2010, beat team-mate Antonio Bailon as the event concluded in Cyprus.

With Spain only having one quota place for Rio, the winner of the final would put themselves into pole position for a spot in the Brazilian city.

After the action, Spanish coach Jose Luis Perez confirmed that Fernandez would be the man to head to the Olympics.

In a tense affair, both shooters managed 11 out of 15 targets in the gold medal match to take proceedings into a tie-break.

Both were successful with their first shots before Ballon missed and Fernandez made no mistake.

“It hasn’t been an easy match," said Fernandez.

"The weather did not help us, with a lot of wind blowing during the final.

"It has been tough, and I feel really proud and a bit lucky that I made it.

"I will be going to the next ISSF World Cup in Rio de Janeiro, which is an Olympic test event.

"It will be a very important match for me, as I want to get ready for the Games.”

With the World Cup at an end, Spain's success today meant that the country topped the medals table with one gold, one silver and two bronze.

It will be a combined event featuring rifle, shotgun and pistol events.