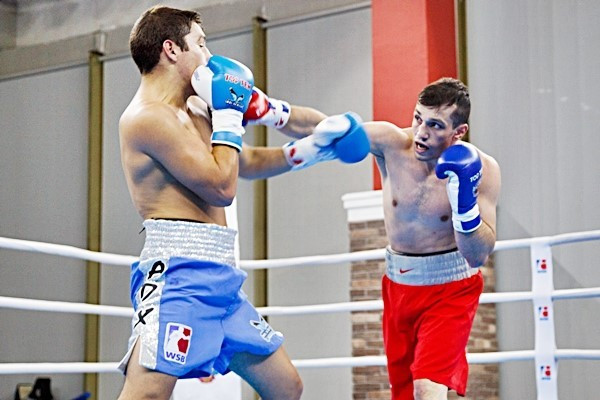 The Russian Boxing Team completed a perfect run of victories in the World Series of Boxing (WSB) group stage by thrashing the Argentina Condors in Moscow.

Just a day after beating Caciques Venezuela 4-1, the Russians made it six wins out of six in Group C and 24 victories out of 30 regular season bouts with a 5-0 hammering of the South American outfit.

Russian flyweight Bator Sagaluev was a strong favourite against teenage WSB debutant Nicolas Alfonso in the first contest of the night and the Baku 2015 European Games gold medallist duly cruised to a comfortable success.

Argentina Condors' unheralded Piero Carloni did momentarily surprise European Games champion Bakhtovar Nazirov with some strong body shots in the first round of their bantamweight encounter.

However, having regained his composure, the 21-year-old Russian went on the attack in round two and won by technical knockout in round three.

It was a far closer affair in the light welterweight class with home boxer Avak Uzlian thankful for the three-round lead he built at the start of the bout as Argentina Condors' Ronan Nahuel Sanchez came storming back to claim both the fourth and fifth rounds.

The difference in class was underlined in the closing contest as the 1.95 metres-tall Sergey Kalchugin dominated his inexperienced Argentina Condors opponent Dario Alcapan.

Argentina Condors finish bottom of Group C, despite winning two of their six matches, while the Russian Boxing Team advance to face Uzbek Tigers in the quarter-finals.

The Tigers were pitted against the strong-looking Russians after losing against defending WSB champions Astana Arlans Kazakhstan in Oskemen.

The two teams had both already secured qualification from Group D, but Astana’s 4-1 win means they avoid the Group C winners in the first round of the play-offs.

In Group B, Mexico Guerreros defeated British Lionhearts 4-1 in Aguascalientes to leapfrog the USA Knockouts and claim the second play-off place.

The schedule for the play-offs has yet to be confirmed.