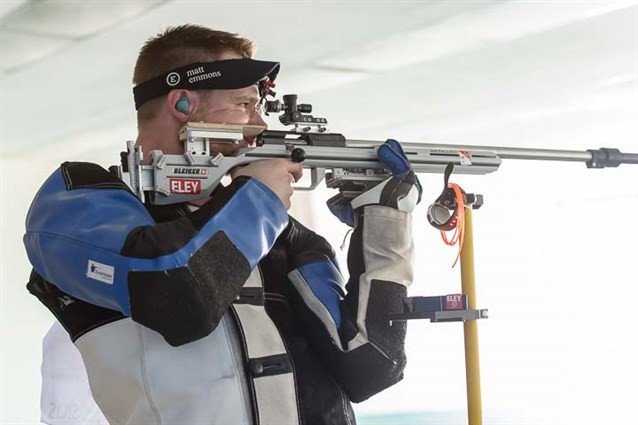 The 34-year-old American won with a score of 458.6 points in the Thai capital, beating Ukraine’s Serhiy Kulish in the battle for gold.

Emmons, the world number two in the event, was third after the kneeling stage but climbed into second spot following the prone.

He was neck and neck with Kulish during the standing, and moved into the lead with one shot remaining.

Keeping his nerve, the dead-eye duly closed the match with a 9.6 to leave no way back for Kulish.

“You never know what’s going to happen at the last shot, but I have been working on that,” said Emmons, winner of last year’s World Cup final title in Munich.

“As I get older and shoot more finals, I can never say that it gets easier.

“It’s always challenging when you’re standing up there, going for the medals.

“Luckily, recently I have been shooting a lot of good shots.”

Emmons is now targeting Rio 2016, with silver and bronze Olympic medals also in his collection.

China finished the World Cup on top of the overall medals table with five gold, three silver and four bronze.

Emmons’ gold moved the US into second with one gold and one silver, with Brazil, Denmark, Germany and India all winning one gold medal apiece.

The ISSF World Cup Series is now due to move on to Nicosia in Cyprus, where the first ISSF Shotgun World Cup of the season will be held from March 17 to 25.