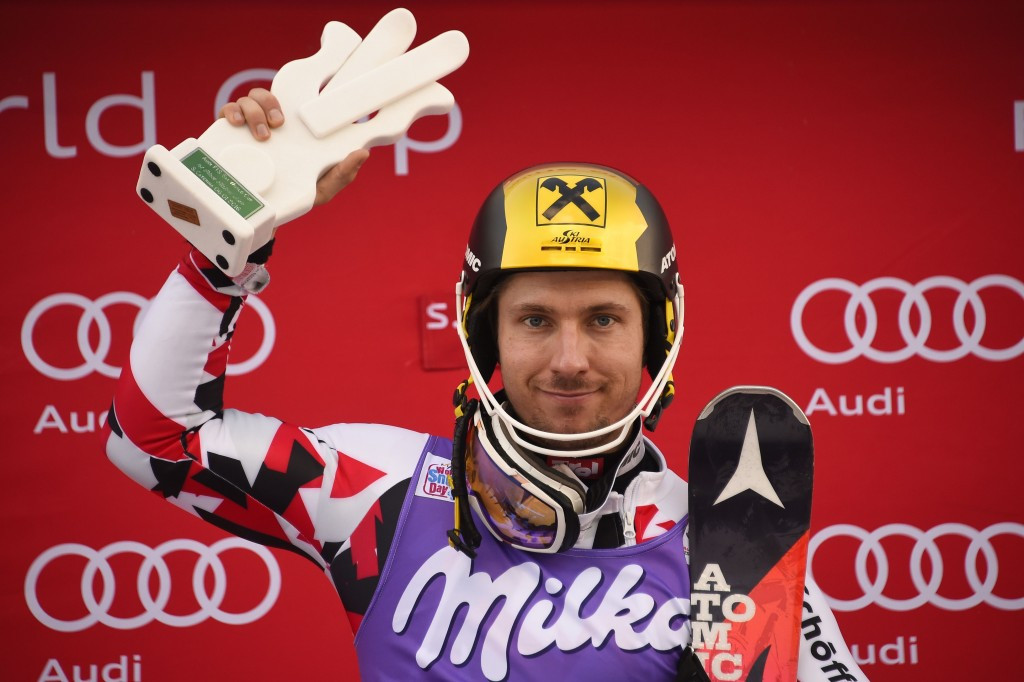 Hirscher posted a time of 1min 54.54sec to seal his 17th slalom World Cup win, meaning Italy’s Alberto Tomba and Sweden’s Ingemar Stenmark are now the only two skiers ahead of him on the all-time list with 35 and 40 victories respectively.

Hirscher insisted, however, records are for "retired skiers" and remains focused on performing to the best of his ability.

The four-time overall champion was third after the opening leg but set the fastest second-run time to finish in top spot.

Hirscher, who narrowly avoided being hit by a camera drone in the Italian resort of Madonna di Campiglio last month, described the race as "very challenging".

He added: "Especially physically, it was a very hard race for all of us, and you know, if the terrain is more flat, as we have seen today, you have to push it harder and harder.

"Usually, we are skiing more on the steep part, so there it is the most important thing that you are skiing smooth and technically brilliant, but today you have to push it as hard as you can."

A mistake in the last few gates towards the end of his final run cost Kristoffersen, who led Hirscher by 0.07 seconds.

The Norwegian remains in the lead of the discipline standings with 280 points, 20 clear of Hirscher with Khoroshilov in third on 114.

Hirscher has, though, returned to the top of the overall standings, leading Norway’s Aksel Lund Svindal, who does not compete in slaloms, by 85 points.

The slalom race in Santa Caterina was moved from Croatia's capital Zagreb due to mild temperatures and a lack of snow.

A giant slalom and a slalom is scheduled to be contested in Adelboden, Switzerland, this weekend.